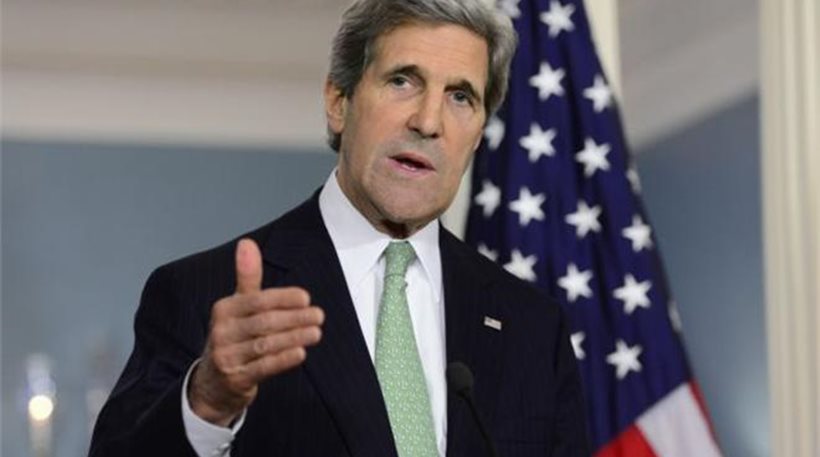 U.S. Secretary of State John Kerry is to visit Greece on December 4 to meet with the Greek government and discuss the refugee issue and economic reforms.
“[The Secretary o State] will travel to Athens, Greece, on December 4 to discuss a range of bilateral and regional issues with the Greek government, including the migration and refugee crisis and progress on economic reforms,” reads the U.S. State Department press release.
The U.S. official will travel to Paris, France, on November 30 to join President Barack Obama for the opening of Conference of Parties (COP-21).
Secretary Kerry will then travel to Brussels, Belgium, on December 1 to take part in the December NATO Foreign Ministerial and associated meetings.
The following day, he will travel to Pristina, Kosovo, where he will meet with senior government officials to discuss bilateral and regional issues.
Then Secretary Kerry will be traveling to Belgrade, Serbia, to take part in the Organization for Security and Co-operation on Europe (OSCE) Ministerial Council on December 3, as well as meet with civil society representatives from across the OSCE region.
On December 3, the U.S. Secretary will travel to Nicosia, Cyprus, where he will meet with senior Cypriot officials to discuss bilateral relations and regional issues. He will also meet with Greek Cypriot and Turkish Cypriot leaders to encourage continued progress in the UN-facilitated settlement talks.
On December 4, the U.S. Secretary will make his first official visit to Greece.

The personal data belonging to 533 million Facebook users has been leaked online, according to security specialist Alon Gal on Monday.
Ancient Greece