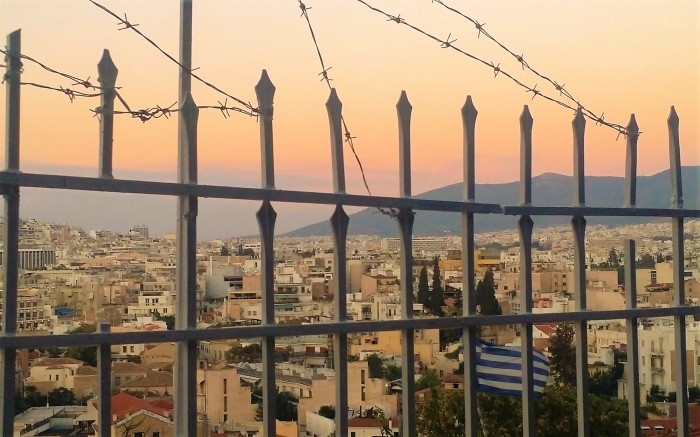 In early September 2015 Prime Minister Alexis Tsipras was one of two leading candidates in snap elections following the prime minister’s announced resignation on August 20th. Hellas was imprisoned by a rapid change of events that led to making a choice between the best of the worst candidates. Snap elections asked the citizens to decide between SYRIZA leader; Alexis Tsipras, the watered down version of his former self that is, and New Democracy president; Evangelos Meimarakis.
Truthfully, at some points, there were decisions Tsipras made that were deserving of him getting a pat on his back, or as the American rap artist Jay-Z would say “brush his shoulders off.”  He seemed to be cracking down on corruption with the sacking of the former general secretary of Public Revenue Katerina Savvaidou due to her loss of public trust.
His speeches about the refugee crisis in the public and political communities were thought-provoking, referring to the tears shed for the children found dead attempting to cross the Aegean Sea, Tsipras said “these are hypocritical, crocodile tears shed for the dead children on the shores of the Aegean. Dead children always incite sorrow, but what about the thousands of children who are alive, stacked on the streets? Nobody likes these children.” His government even initially made attempts to change the mangled and intertwined relations of church and state by allowing for Greek students to become exempt from religious education classes and cracking down on tax privileges for the church.
But Tsipras is quickly becoming the king of the political backtrack game. Either with silence, dodging, or entreating. Yes, applause should be given for the sacking of Savvaidou, but what about the sacking, or at least an independent investigation into the conflict of interest actions of State Minister Alekos Flambouraris who admitted that he was shareholder in a construction company in 2014, but sold his shares right before he was sworn in. However, until now, Flambouraris has not submitted the title document for the transfer of the shares nor a certificate from the tax authorities for the payment of the relevant tax.
Thought provoking speeches and meetings on the refugee crisis could help Greece edge closer to getting needed financial assistance in the face of economic turmoil, but what about at least equipping the Hellenic coast guard, the true heroes without a face in this crisis, with the tools to cope with the thousands of migrants and refugees crossing the choppy Aegean Sea in rickety boats. Coast guard members are working twelve-hour days non-stop with no true government assistance according to a coast guard source, unless you call Tsipras’ photo-ops with other political leaders during visits to the Greek islands assistance.
Moreover, where were these speeches in January when he was initially elected, as the refugee crisis has been ongoing since late 2014. Overall, more than 760,000 migrants and refugees have arrived in the European Union since the beginning of the year. More than 600,000 of these individuals have entered through the Greek islands. Could it be that Tsipras is strategically speaking out with more intensity against the crisis, because Greece is falling behind on its bailout obligations, and an easing on the bailout deal would be immeasurably helpful?
As for the separation of church and state, there have been several “fluff” meetings between the prime minister and the Greek Orthodox church about strengthening relations post church backlash on the exemption of Greek students needing to attend religious classes, and the unsaid need to tread carefully with tax talk. Archbishop Ieronymos lashed out against the alternate minister who called for class changes, calling the changes, unsurprisingly, too “radical.” In terms of taxes, it was the interim finance minister who called for the end of tax privileges for the church, but he quickly retreated, and there has been no official word from the Tsipras government on the issue ever since. The church, calling exemption from religious classes radical, doesn’t find heavy tax breaks to be radical at all, even in the face of deep economic recession.
Does Tsipras have any real confidence, or cojones as they say, or is he a weak leader falling in line just like the rest? The question still remains: Ιs Hellas still imprisoned, not by choices, but by the decisive and blatant lack thereof?