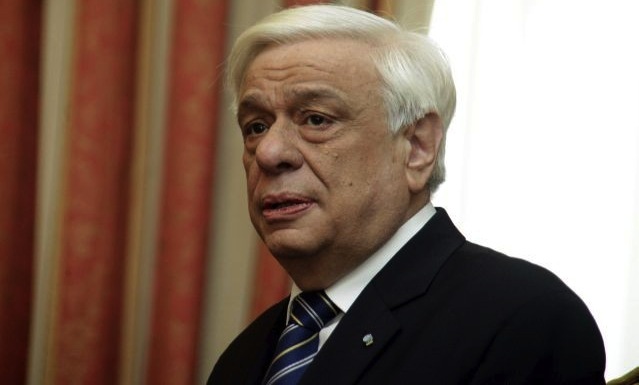 Greece will not back down, even in the slightest, in defending its sovereign rights, Greek President Prokopis Pavlopoulos said on Wednesday from the eastern Aegean island of Chios.
In statements made with Turkish leadership in mind, Pavlopoulos added, however, that Athens is nevertheless extending a hand of friendship to its eastern neighbor.
“We extend a hand of friendship, peace and cooperation in these difficult times. I personally think that we have more things that unite us, than things that divide us,” Pavlopoulos said on the island, which is one of the primary destinations for war refugees and irregular migrants disembarking from the opposite Turkish coast.
“…we will not take a single step back regarding our sovereign rights. We will defend our country, our borders; based on all international law, written and customary, and we want the same from Turkey: respect for international law,” he noted.
Pavlopoulos is visiting the eastern Aegean island of Chios to attend events commemorating the 103rd anniversary of the island’s liberation from Ottoman rule.
(source: ana-mpa)