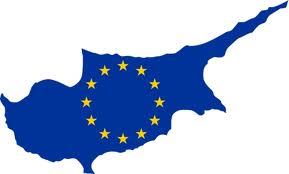 Cyprus’ support of the common currency rose by 8% to 50%, a few months before the island’s 10 billion euro financial assistance program concludes in March of 2016.
According to a Eurobarometer  survey issued by the EU Commission, 50% of Cypriot respondents said that the euro is a good thing for their country. 40% of the respondents said they consider the common currency as a bad thing, whereas 9% of the respondents said they could not decide and 1% replied they don’t know.
The overall percentage of those who see the euro as good for their own country reached a new high as positive replies reached 61% across the euro area, up 4% compared to last year, which is the highest level of support since the introduction of the survey in 2002.
Luxembourg showed the highest support with 79%, followed by Ireland with 75%, and Germany with 70%.
In all countries, at least seven out of ten respondents agree there is a need for significant reforms to improve economic performance, with Cyprus and Slovenia showing the highest support that reached 88%.
(Source: CNA)