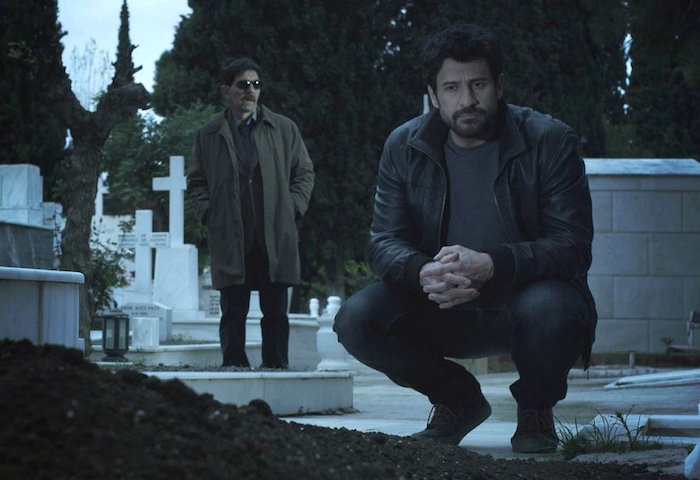 A new thriller that tells the story of an investigative journalist trying to uncover his friend’s death -but finds himself a victim of a very powerful secret society that governs Greece – opened last weekend in Greece.
The film directed by Pantelis Kalatzis and starring Alexis Georgoulis along with a great Greek cast, is a rarity in Greek cinema with suspensful car chases blend in with a neo-noir feel.
The movie tells the story of Filippos, a journalist who returns to a dark, virtually unrecognizable Athens to investigate his best friend’s murder. Greece in the film is governed by a secret group whose members are powerful oligarchs that control everything. The victim’s girlfriend gives him a hand but they soon realize they either have to abandon their investigation or become cogs in a powerful machine.
Marionettes is a story of mystery, shot in an unknown, dark and full of temptations Athens.
Watch the trailer and interviews with the cast of Marionettes below: