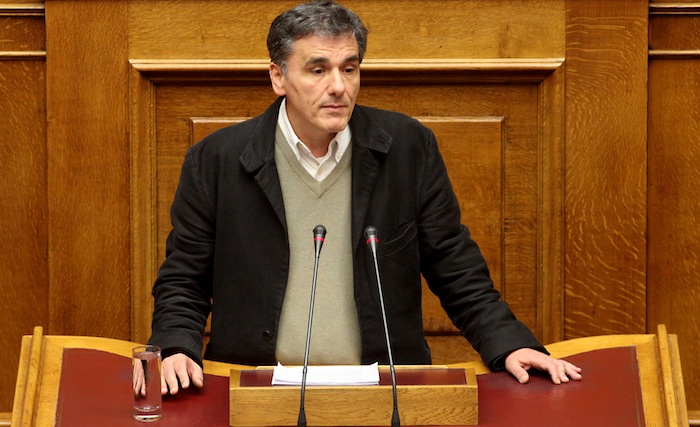 Greece ’s finance ministry and the country’s main lenders expressed on Sunday their optimism about the outcome of the third bank recapitalization, following the announcement of the results of European Central Bank’s stress tests on Saturday. Banks are now anticipating what the cabinet will do to determine the details of relevant procedures.
Speaking in parliament on Saturday, Greek Finance Minister Euclid Tsakalotos said that the recapitalization will be implemented along with a plan to resolve the issue of non-performing loans(NPL’s).
“We have two parallel activities. The recapitalization starts today. In the second set of prior actions, we will have the solution on NPLs, so that by the end of the year both procedures will have been completed,” he told parliament.
On their side, the heads of the country’s four largest banks – and one smaller – stressed the importance of successfully completing the recapitalization procedure so that lenders can focus on the main task, which is to fund the real economy through households and businesses.
The chief executive of Eurobank, Fokion Karavias, said in a statement the review conducted by the ECB showed the bank has completely manageable capital needs in the adverse scenario of the stress tests.
Leonidas Fragiadakis, chief executive of the National Bank, said the tests present an opportunity for the Greek banking system to tackle drastically the effects of economic recession of the past few years.
Alpha Bank’s Dimitrios Matzounis said in a statement after the announcement of its 9-month results the lender is committed in the successful completion of the recapitalization by the end of the year and the achievement of its Restructuring Plan goals.
Concerning Piraeus Bank, analysts say that the lender was burdened with the higher capital requirements because it has played an important role in the major restructuring and consolidation of the domestic banking system from the start of the crisis.
The management of the smaller Attica Bank said it will take all necessary steps to meet the overall level of capital requirements through private equity.
(source: ana-mpa)

100 Years Since the Founding of the First Greek Basketball Team