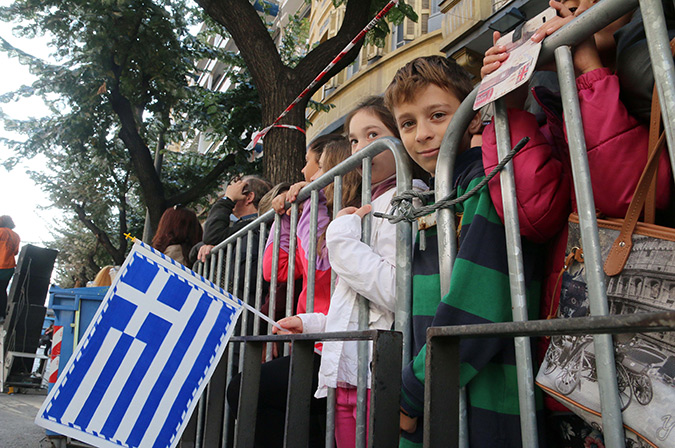 Among the numerous pre-electoral commitments made by the SYRIZA party was that it would remove metal railings from parades that take place each year in central points of Greek cities.
These barriers had been introduced by the previous Greek government, and had been actually removed by the first SYRIZA-ANEL coalition government.
During the last March 25 parade, which celebrates the commencement of the Greek liberation war against the Ottoman Empire, such barriers were absent and the attendants were separated from the parade by a ribbon.
One referendum, one legislative election and one new bailout later, these metal railings have reappeared in the city of Thessaloniki, Greece’s second largest city.
During Tuesday’s student parade, which commemorates the commencement of the Greek resistance to the Nazi occupation, observers were separated from the student parade by metal bars while the VIP section was also separated from the other sections by metal railings, Greek media reports.
It remains to be seen whether these measures will become a permanent feature or if Thessaloniki was an isolated circumstance.

Greek journalist Giorgos Karaivaz was murdered outside of his home in the Athenian suburb of Alimos Friday.
Archaeology