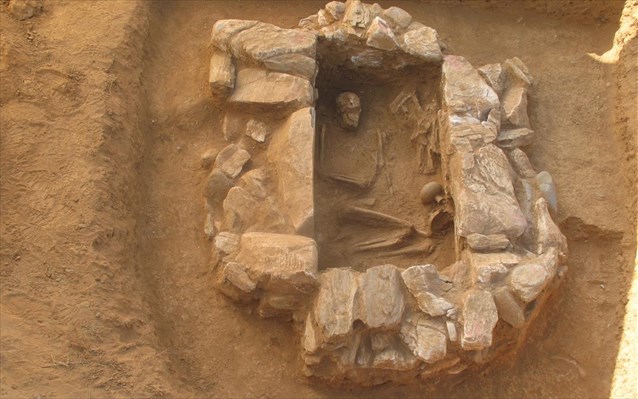 A stone-built cist tomb (stone-lined grave) dating from the Mycenaean period was unearthed in eastern Lesvos on Thursday, during improvement works on a rural road.
According to the head of the island’s ephorate, Pavlos Triantafylidis, archaeologists found the remains of a body laid in a contracted position with funerary gifts spread around it, which included a goblet with a deep hemispheric body, a juglet made of gray clay, a bronze knife and a bronze ring. The findings date the tomb to 1400-1100 BC.
The finding is considered important for the history of the island and especially the topography of the region of Gera and in particular the area of “Halatsi”, where archaeologists have revealed an extensive residential settlement of Mycenaean years.
(Source: ANA-MPA)