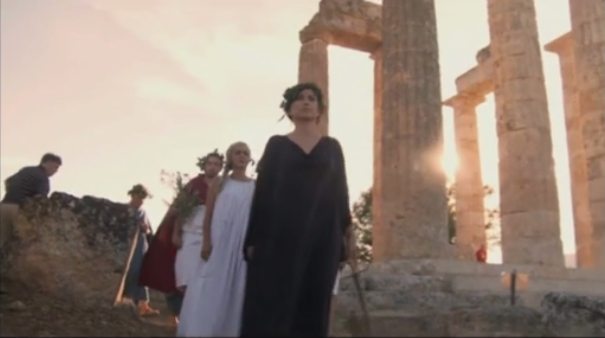 The Nemean Games, Panhellenic festivals that were celebrated by the ancient Greeks as part of the cycle of games at Delphi, Isthmia, and Olympia, will be revived for the sixth time from June 10 through June 12, 2016.
The site of the revival will be at the archaeological grounds of Nemea, in the northeastern part of the Peloponnese.
The modern-day international athletic event has previously happened in 1996, 2000, 2004, 2008 and 2012 with thousands of people, from around 120 different countries and of all ages, participating in the event.
The games have existed since the 6th century BC. The modern games are now organized by the Society for the Revival of the Nemean Games.
“It is our belief that the modern Olympic Games, despite their obvious success in many respects, have become increasingly removed from the average person,” an official statement of the Society for the Revival of the Nemean Games read on December 30, 1994.
“Our goal is the participation, on the sacred ancient earth of Greece, of anyone and everyone, in games that will revive the spirit of the Olympics. We will achieve this by reliving authentic ancient athletic customs in the ancient stadium of Nemea,” the Society, that was born from nearly 40 years of excavation by the University of California at Berkeley in the Panhellenic Sanctuary of Zeus at Nemea, added.
To support the Revival of the Modern Day Nemean Games please go to the fundraising page for the project.
https://vimeo.com/54767172