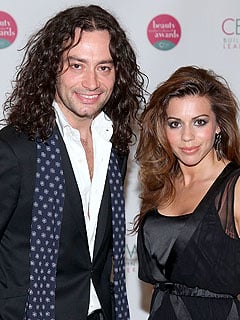 Weeks after the announcement that Constantine Maroulis would be playing the lead role in the musical “Breaking Through” at Pasadena Playhouse, he has unexpectedly exited the musical due to “personal matters”.

Although Maroulis didn’t specify what the personal matters are, he has had some run-ins with the law due to recent problems with his girlfriend.

He was arrested on August 15th after allegations that he kicked his girlfriend, Angel Reed, though he later said he was acting in self-defense and requested a restraining order against his girlfriend. She returned the favor and asked for a restraining order against the singer. Later on, the judge dismissed all charges on the condition that the couple remain separated and no further incidents occur in the next months.

Matt Magnusson has been called on to replace Constantine Maroulis on “Breaking Through”, and the producers and director still plan to keep the original opening date of November 1st, and the preview dates of OCtober 27th.