TechNews
GreekReporter.com Greece Autumn in Mainland Greece At its Best

Autumn in Mainland Greece At its Best 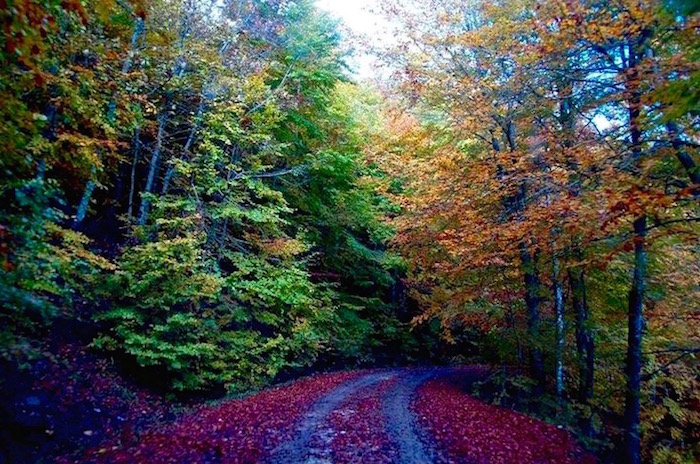 Planning your vacation to Greece in autumn can be a fun and exciting experience, but to take the trip is even better, simply because nature’s beauty in Greece during autumn is almost magical. For those who seek a colorful countryside with a mysterious glow under different shades of orange and red, or for those who wish to be intoxicated by the scent of nature after its first rainfall, this trip is an absolute must!
Elati 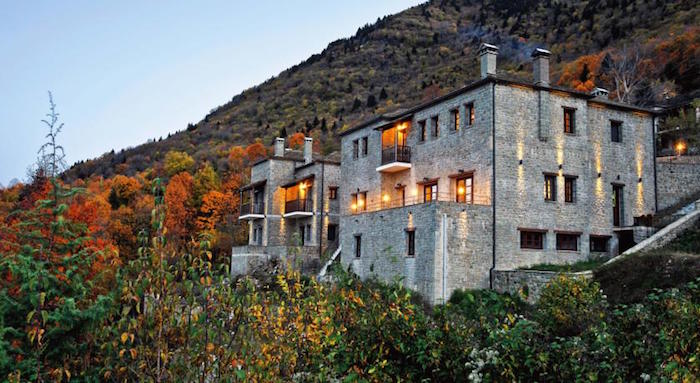 The picturesque village of Elati, 30 kilometers from Ioannina in Epirus, imposing and amphitheatrically built on the verdant slopes of Mitsikeli Mountain, overlooks the mountains and forests of Tymfi from an altitude of 950 meters (3,116 feet).
Its rich vegetation is beautifully supplemented with beautiful stone houses, cobblestone paths, ornate stone arched bridges, watermills and churches.
In Elati and the surrounding area, besides the natural attractions, you will have the opportunity to enjoy an array of interesting outdoor activities. This mountainous area, featuring canyons and rivers, are ideal for hiking, climbing, mountain biking, canoeing or kayaking, rafting, and other sports.
Kastoria 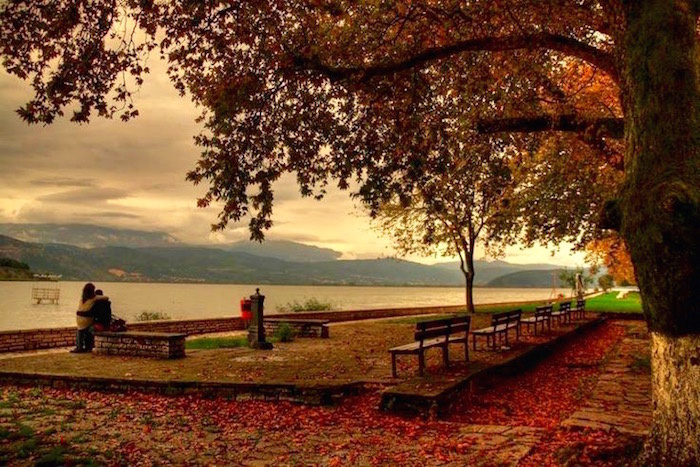 The beautiful city of Kastoria, standing proudly on the shores of the majestic lake Orestiada in West Macedonia and surrounded by imposing mountains, charms all visitors at first glance.
In Kastoria you can enjoy feeling as if you are in a fairytale, drinking in the spectacular view of the city as it is reflected in the crystal clear waters of the lake.
The area hosts more than 70 Byzantine and post-Byzantine churches, all with unique exterior decor, as well as rare paintings.
During your stay, you can also wander around the splendid 19th century mansions once owned by wealthy fur merchants in the traditional neighborhoods of Doltso and Apozari, but do not forget to visit the highlight of Kastoria, the “Dragon’s Cave,” a spectacular cave with seven underground lakes on the north side of the city.
Monemvasia 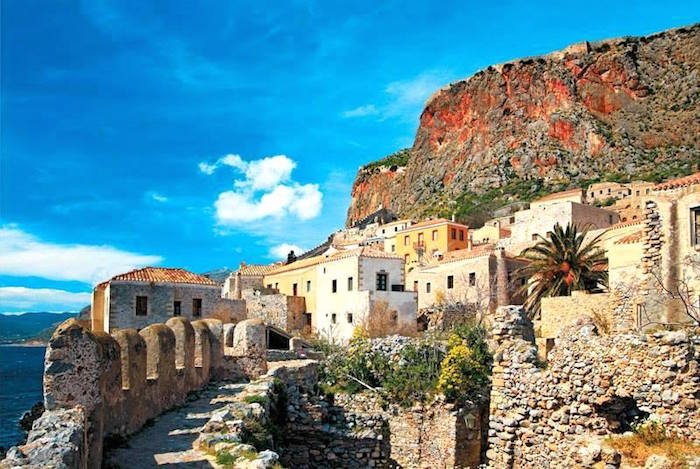 Located on the southeastern side of the Peloponnese, Monemvasia is an impressive medieval village, with buildings all made of stone, originally founded by the Byzantines in the sixth century. It was later occupied by the Crusaders, as well as the Venetians, and the Turks.
The Castle Town is divided into two parts that transport you on a journey back into the past. In the upper part of Monemvasia, you will have the opportunity to explore the remains of old Byzantine buildings.
In the lower part of the town, visitors can admire the ruins of breathtaking historic buildings, such as the Muslim Mosque, a 16th century structure that now is home to an Archaeological Museum, as well as an array of Byzantine churches.
Xanthi 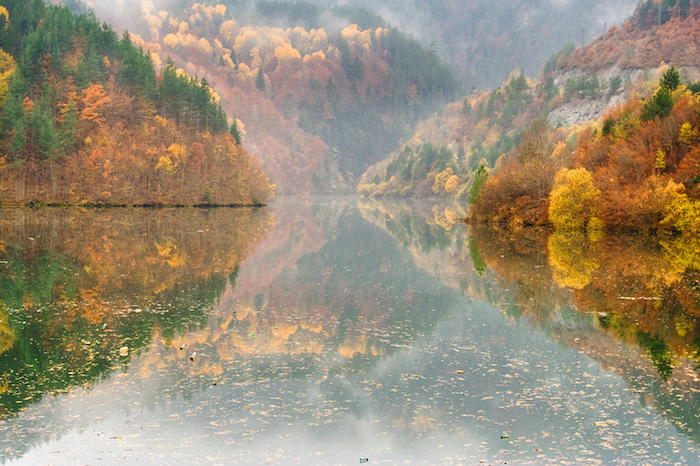 Nature lovers will be amazed to discover that the city of Xanthi in Thrace is home to an unspoiled paradise. Take the opportunity to explore the serpentine Nestos River, its delta, the Drymos Forest, Lake Vistonida, and the village of Erimanthos.
North of Xanthi — the birthplace of influential ancient Greek pre-Socratic philosopher Democritus — you will find Pomakochoria, a cluster of approximately 40 small mountain villages of great architectural and cultural significance.
Don’t forget to try archery, bird watching, canoeing and kayaking, cycling, hiking, horseback riding and off-road driving if you happen to visit Livaditis, Nestos and Vistonida.
Mount Pelion 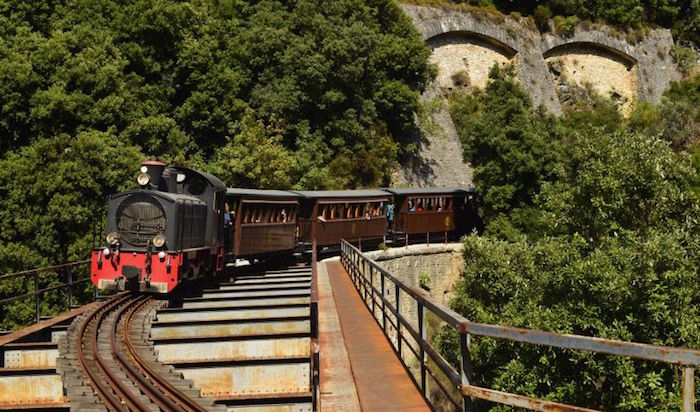 Located on the southeastern part of Thessaly, Pelion is a large mountain of extraordinary natural beauty, dotted with over 20 traditional Greek villages and a plethora of magnificent beaches.
Makrinitsa, Milies, Portaria, and Tsagarada, with their grey stone roofs, unique architecture, and paved pathways are some of the villages you should not miss during your stay in the area.
The most popular beaches on the mesmerizing coast around Mt. Pelion are Agios Ioannis, Horefto, Damouchari, Fakistra and Mylopotamos.
The legendary “Mountzouris” narrow-gauge train, which connects Milies with Ano Lechonia, is among the top attractions of the area, and also serves as an unconventional way to explore the mountain and some of the traditional villages on its slopes.
Livadeia 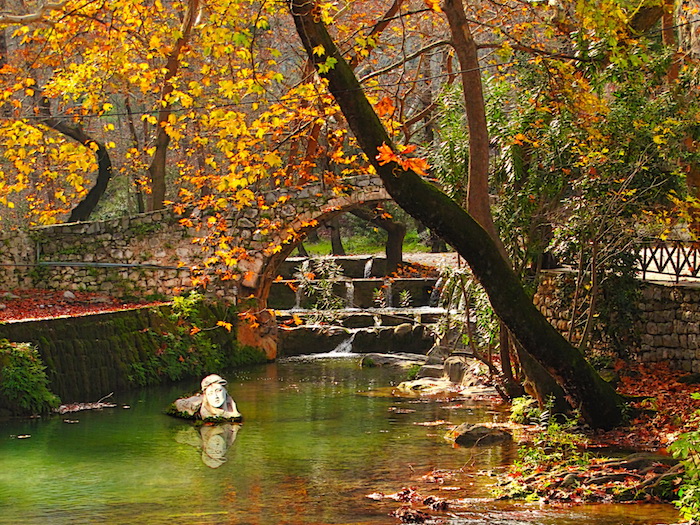 Livadeia, the capital of the Boeotia regional district in central Greece, is situated approximately 135 kilometers (83 miles) northwest of Athens. With a population of approximately 21,000, it grew up around the base of Mount Helikon.
The town of Livadeia is referred to as “Mideia” in the works of Homer, the epic poet and author of the Iliad and the Odyssey. The Greek traveler and geographer of the 2nd century BC, Pausanias, reported that the place was named after Levados, the Athenian hero who persuaded the local people to build the town at its current location on the banks of the Herkyna River.
It is famous across Greece for hosting the Oracle of Trophonios Zeus and for participating in the War of Troy. The Pre-revolutionary period mariner Lambros Katsonis was born in Livadeia, one of the first towns to revolt against the Turks under the leadership of Athanasios Diakos.

The first-ever written exam for Greek citizenship is scheduled for May 16, 2021, according to an announcement from the Interior Ministry.
Greek News

A tiny islet off the coast of Attica near the Kaki Thalassa area has such a shape that it gives the impression it features a swimming pool.
Diaspora