New Findings Unearthed in the Asklepieion of Ancient Pheneos 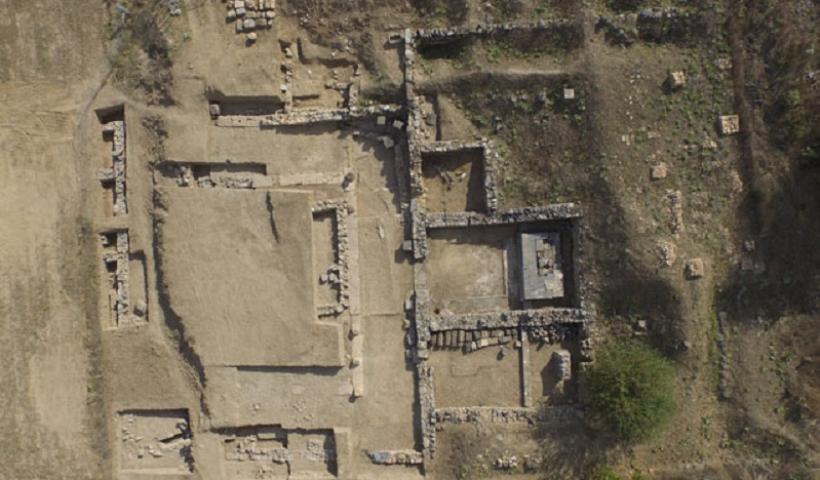 New impressive findings have come to light in the archaeological excavations at the site of the Asklepieion in ancient Pheneos, in the Peloponnese, the Cultute ministry said on Wednesday.

Among them are a pedestal on which originally stood two bronze statues which were later replaced by one made of stone, the form of the Ionic colonnade and the access to the sanctuary.
Ancient Pheneos is a hill located in the Pheneos plateau of the same name on the mountainous region of the Corinth prefecture, at a height of 750 meters. The Asklepeion, which dates from the 2nd half of the 2nd century BC was unearthed in the late 1950’s and archaeologists found remnants of an ancient settlement and marble parts of statues which now reside in the local museum.
In September 2015, the first phase of the excavations concluded under the direction of the eforate of ancient antiquities in Corinth and its director Konstantinos Kissas and Classic Archaeology Professor Dr. Torsten Mattern from the University of Trier in Germany.
In this year’s excavations, archaeologists revealed that the colonnade was shaped like a “Π” with a space of 2.30 meters between the columns and confirmed the direction of the walls of the colonnade and the outdoor courtyard. They also revealed that the entrance to the sanctuary was achieved from the east via a ramp. A secondary entrance was located to the north, along the corresponding wall of the courtyard.
(Source: ANA-MPA)