Greek PM Asks Archbishop of All Greece to Continue Philanthropy 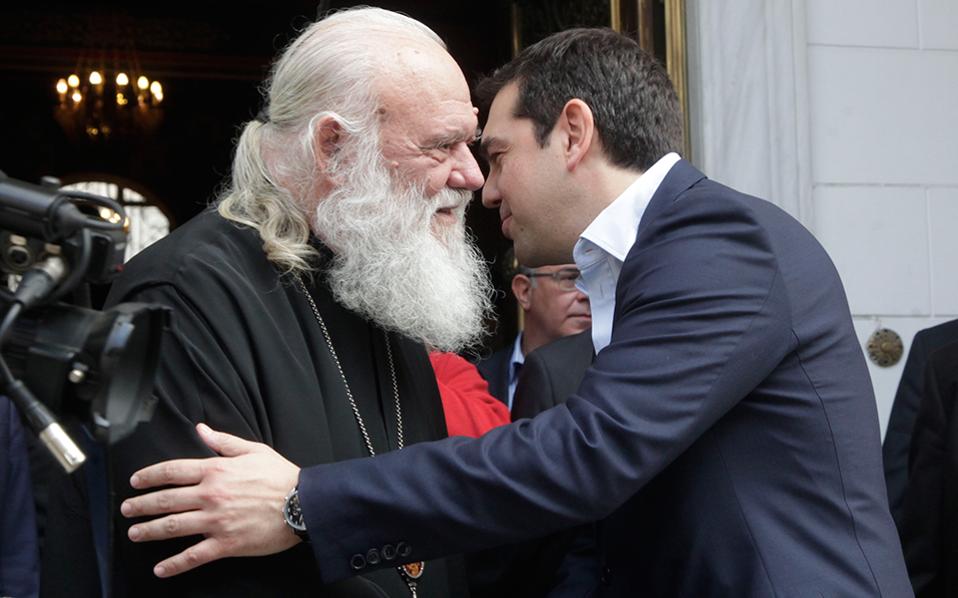 Greek Prime Minister Alexis Tsipras had a three-hour dinner with Archbishop of Athens and All Greece Ieronymos and discussed the importance of the Church’s philanthropy and the need for constructive dialogue between Church and State.
The Archbishop received the prime minister at the Athens Archdiocese, this was a follow-up to a dinner meeting the two men had in March. The two sides speak of a warm relationship based on mutual respect and the understanding of the need for cooperation in dealing with the economic crisis.
Tsipras and the Archbishop decided that all issues can be resolved with consensus and constructive dialogue since the main priority of Church and State is the welfare of the Greek people.
The prime minister stressed the need that the Church of Greece continues its good humanitarian work by providing meals and other comforts to the people in need. He underlined that at times of crisis more and more people turn to the Church for material and spiritual support.
According to Church sources, the two men did not discuss the issue of religious education classes in schools. Also, there won’t be any changes in the legislation that requires the state to pay for clergymen salaries from the state budget in exchange for using real estate properties that belong to the Church of Greece.
Also, there are about 90 open positions for clergymen that will be filled shortly, all of them in remote and border parishes.