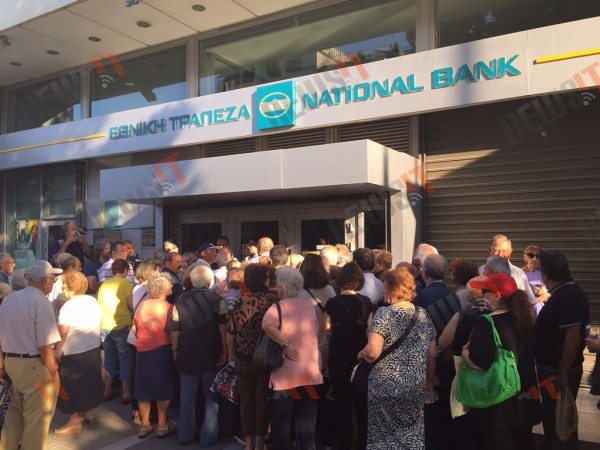 The Greek government is determined to accelerate procedures towards bank recapitalization and ensure that problems which appeared during similar procedures in the past will be avoided.

The goals and terms of a recapitalization process was at the epicenter of an Economic Policy Council meeting on Wednesday, headed by the government’s vice-president Yannis Dragasakis.
A government announcement, issued after the meeting, said that in this framework the Council authorized the Finance minister to immediately complete all procedures for drafting a new legislation which will define the role of Hellenic Financial Stability Fund along with the terms and procedures of a recapitalization process, to be tabled to Parliament on time after consultations with the institutions.
The goals of the government are: a) participation of private investors in share capital increase plans, along with international financing organizations and safeguarding the state’s presence in the banking system, b) a recapitalization of banks should be linked with resolving the non-performing loans problem, offering special protection for the first home against foreclosures, c) ensuring a new way of governance and operation of banks to combat phenomena of lack of transparency, corruption and mismanagement.
The meeting also agreed to set up a Development Council, under the responsibility of Economy, Development and Tourism minister which will draft a plan on the country’s Development Strategy. It also agreed to restart and speed up procedures for a Development Bank along with adopting initiatives to implement projects funded with community funds.
(Source: ANA-MPA)