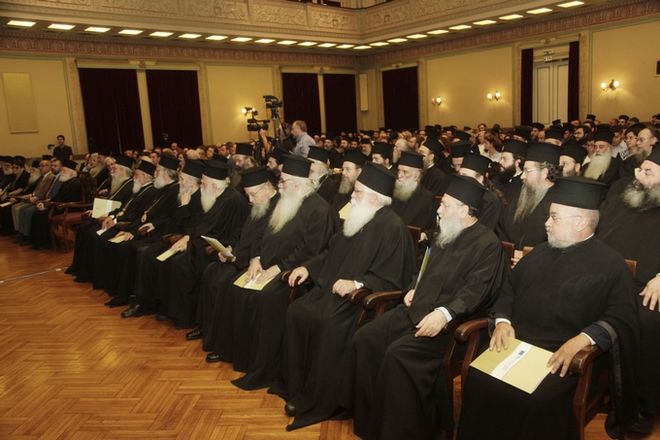 The Finance Ministry decided to ease capital controls on the Church of Greece, a decision that was criticized by business owners who continue to suffer with capital controls.
Specifically, after a decision of the Greek Ministry of Finance, metropolises can withdraw up to 10,000 euros per month while the Athens Archdiocese can withdraw up to 20,000 euros. The decision is published in the new Government Gazette dated September 29.
Business owners are complaining in Greek mass media about the preferential treatment of the Church, especially at a time when the economy is on its knees and companies and small businesses have been forced to lay off employees for not being able to pay their wages.
Some have actually criticized the government for making concessions to the Church after the recent controversy regarding easing the procedure for students who want to be exempt from religious education classes.
FinMin: Capital controls exemptions valid for all charities, not just Church
The Finance ministry clarified on Wednesday that the relaxation of capital controls announced on September 25 concern international organizations and foreign charities who aim to use their funds for humanitarian purposes and not just the Greek Church.
The clarification comes after media reports accused the government of preferential treatment towards the Church in the implementation of capital controls which have been in place since June 29.
According to the ministry’s press release, “since September 15, Metropolitan Churches and the Archdiocese are exempt from capital controls up to the amount of 10,000 and 20,000 euros per month, respectively.” The same is true for “money which derives from international organizations and charities abroad which are intended for humanitarian purposes.” The same press release cited by the ministry notes that the exemption also is valid for citizens who need to be hospitalized abroad, their escorts, university students, soldiers and for those conducting fundraising for sufferers from incurable diseases.
In its own reply, the Church of Greece said the reports were “irresponsible” adding that the exemption exists only for the Metropolitan Churches and not for individual priests or other legal entities of the Church. It also clarified that the ministry’s decision relaxes the monthly amount that can be withdrawn and doesn’t abolish capital controls altogether.
(With some information from ANA-MPA)