GRNews
GreekReporter.comGreeceGreek Bus Driver Under Fire As 10 Year Old Boy Was Not... 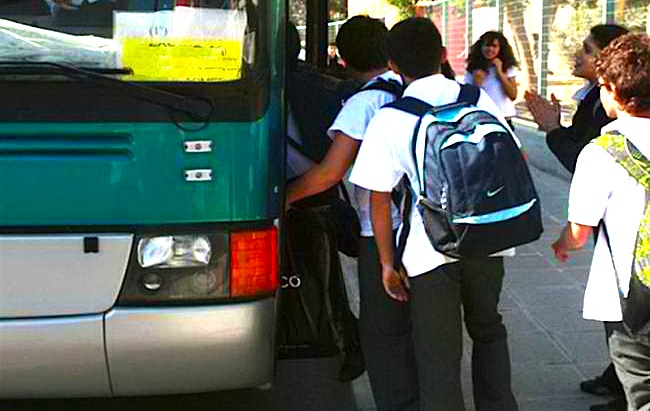 A Greek bus driver in Greece has come under scrutiny for his decision to deny a ten-year old student on his bus following the end of the school day.
Protothema reports that a family in Ancient Korinthos, Peloponnese claims the driver denied the child entry because he did not have money to pay the one euro ticket fare. On the other hand, the bus driver claims the child was unsupervised and had told him he plans to get off the bus in the middle of the freeway.
The child’s father claimed the bus driver rudely told his son to get off the bus and tell his parents that he is not a charity, after the boy did not have the money to pay the fare. The child, according to his father, was left alone, crying for twenty minutes before his mother came to pick him up.
“The bus driver called me and did not apologize. He had a critical tone and asked me why the matter had become such a big issue. He told me he did not take him on the bus because he did not know where to drop him off. I want an exemplary punishment for this person and for this to not happen to other children,” the child’s father said.
The bus driver presents a different side behind his decision to deny the child a trip with the bus.
“I am also a parent. I did not want to leave the child there. I was worried. In the Antzaki area there is a freeway, if I left him on the road and a car ran him over, what would his parents tell me then? I was worried that his parents did not want him to get on the bus or that he had skipped class and I thought it was right to not let him on the bus and to leave him at the school,” the bus driver told Prototherma.