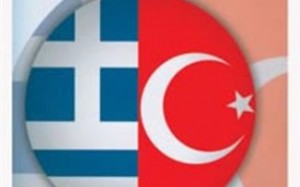 The Greek Foreign Ministry released an official statement, condemning the deadly attacks and expressing condolences to the victims’ family members. Greek Foreign Minister Nikos Kotzias spoke with Turkish Foreign Minister Feridun Sinirlioğlu, expresing his support. “We unequivocally condemn the deadly terrorist attacks carried out this morning in Ankara,” noted the ministry. “We express our deep condolences to the families of the innocent victims.”
The bombing attacks in Ankara, Turkey on Saturday October 10 resulted in the death of 86 people, according to newest report released by the country’s Health Ministry.
Greek Prime Minister Alexis Tsipras expressed his condolences to the victims’ families in Turkey via twitter. “Deep condolences to the families of the victims in Turkey,” he wrote. “We stand in solidarity with our neighbors, for peace and democracy.”
Futhermore, SYRIZA’s Central Committee which has a meeting scheduled on Saturday, held a minute’s silence in memory of the victims. The party expressed its horror at the bombing, condemning the incident. “This murderous attack is not an isolated incident. It is one of the tens of bloody, parastatal, military and police attacks on the pro-Kurdish and peace movement, as well as the Left.”