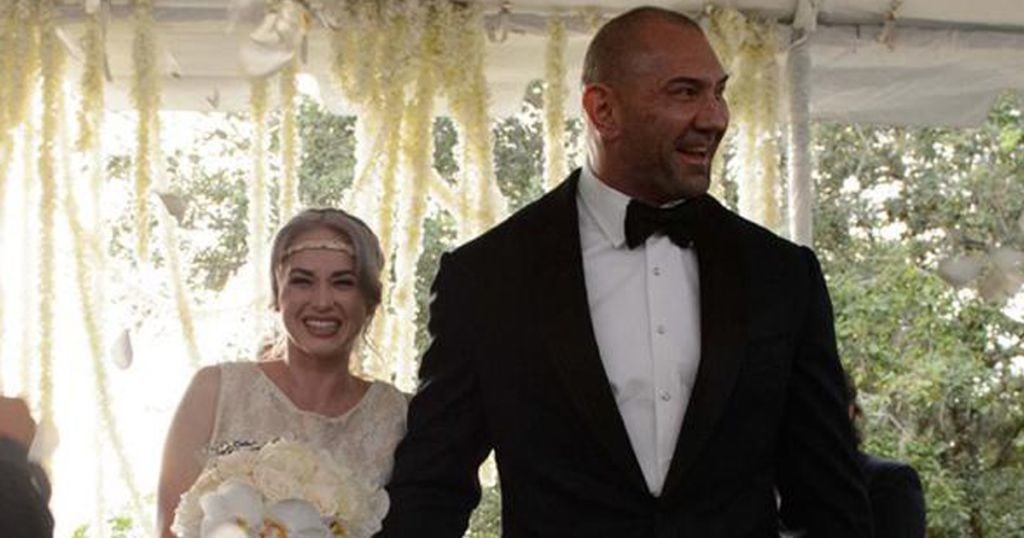 The former WWE wrestler, who most recently starred in “Guardians of the Galaxy”, will soon be appearing in the new James Bond film “Spectre”.

At age 46, this is the actor’s third marriage; Bautista has two daughters from his previous wives. The ceremony took place in Florida, and included plenty of Bautista’s former wrestling pals, such as Chris Jericho and William Regal.

Sarah Jade has been competing in professional pole dancing competitions since 2012, when she placed 2nd in the 2012 USPDF Amateur Nationals.

Jade and Bautista have been together for several years and seem to share a strong bond. One of Bautista’s closest friends, Titus O’Neil, commented on Instagram on a photo from the wedding, “Big Congrats to one of my Best Friends on the Planet @davebautista on Tying the Knot this past weekend with an Absolute Gem of a Woman named Sarah”.

Congratulations to the happy couple!