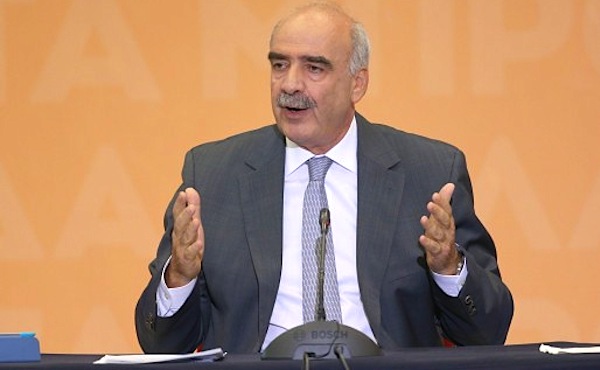 The 2016 draft budget presented by the government on Monday returns people back to the harsh reality of budget cuts, main opposition leader Vangelis Meimarakis said on Monday, following the presentation of the government’s policy statements in Greek Parliament by Prime Minister Alexis Tsipras earlier tonight.
“He [Tsipras] tried to kill us all by telling us how great the situation is and the policy he will implement,” the leader of New Democracy said, adding that new cuts are coming in the main and supplementary pensions, along with a tax raid. He also said that Tsipras’ budget will result in a deficit and recession instead of a surplus, while unemployment will increase in 2015 and 2016.
“ND has stressed that it will approve any constructive, correct, European, progressive, growth-promoting measure and will disapprove of any recessionary, anti-European and backward measure he [Tsipras] brings,” he added.
(source: ana-mpa)