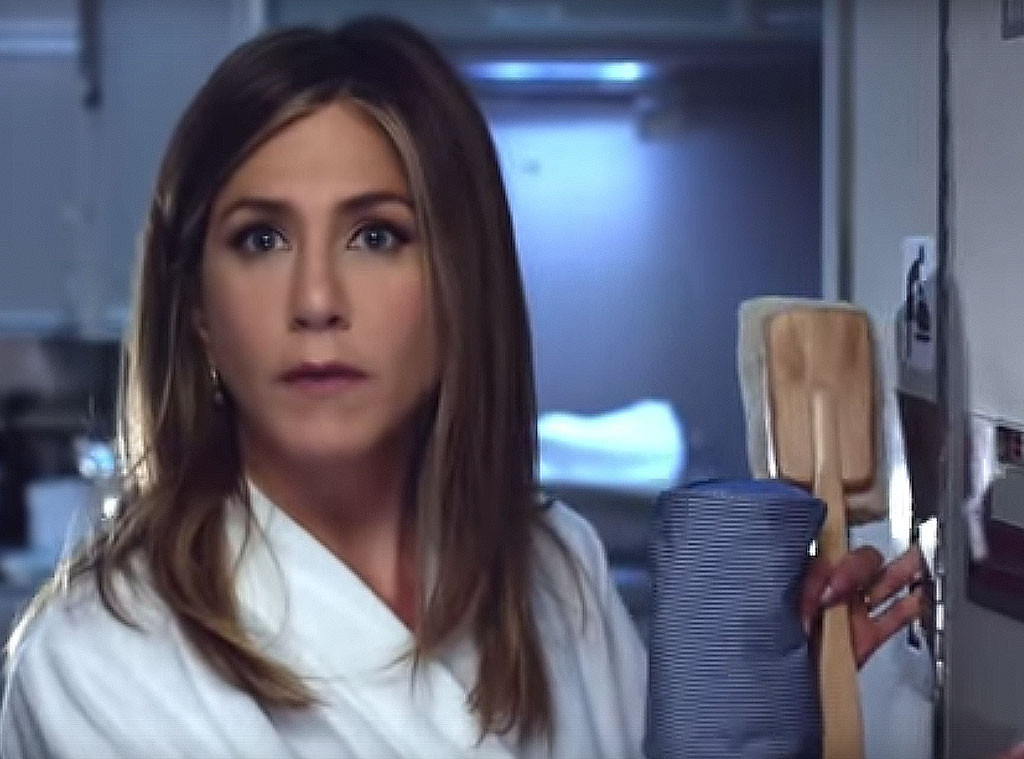 We previously announced that Jennifer Aniston signed a $5 million deal to be the new spokesperson for Emirates Airlines, the United Arab Emirates-based airline; now her first commercial for the airline has just been released.

In the commercial, Aniston wanders around a plane in a white bathrobe carrying a loofah, trying to find the showers, and is eventually told by a flight attendant that the only thing on board is a tiny bathroom.

She walks away from the flight crew complaining that “Emirates planes have showers and they have bars”.

The commercial then shows the actress waking up from her nightmare in a luxurious-seat turned-bed with an iPad charging next to her. She heads to the Emirates onboard bar to have a martini with the bartender, and tell him all about her crazy dream.

Aniston has already worked on campaigns for Aveeno, SmartWater, and Living Proof, so working as a brand ambassador is nothing new for the 46-year-old actress.

Check out the Emirates commercial featuring Jennifer Aniston below: