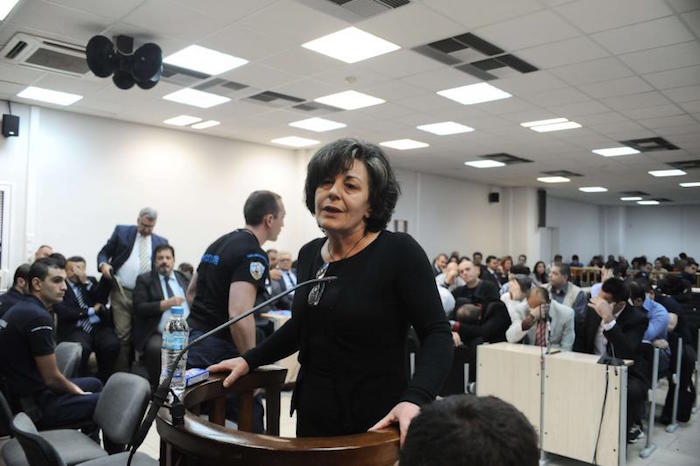 Magda Fyssa, the mother of Pavlos Fyssas, the 34-year-old antifascist and rapper who was murdered two years ago by a member of Golden Dawn in Keratsini, near Piraeus, testified in court on Friday arguing that the police colluded with the neo-Nazi party.
During her testimony, Magda Fyssa referred to the brutal death of her son on September 18, 2013, describing the GD member who is charged with his murder, Giorgos Roupakias, as “a trained killer.”
According to Mrs. Fyssa, Giorgos Roupakias arrived outside the cafeteria where Pavlos Fyssas was watching a football match with his friends in a car accompanied by three other people, joining dozens of Golden Dawn members. “They cornered him and then the murderer came and stabbed him,” she said, specifying: “He got out of the car and stabbed him twice in the heart.”
When Magda Fyssa was asked her opinion on what could be the actual Golden Dawn’s motive, she did not hesitate to reply: “They are a criminal organization […] they demonstrate their might against anyone who opposes them. Anything opposing must be ended […] The same happened with Luqman, they train murderers.”