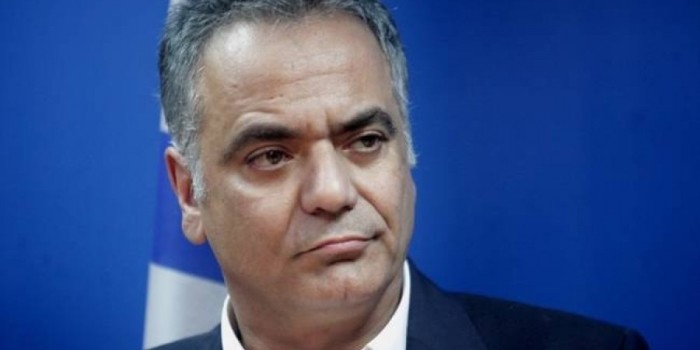 Greek Productive Reconstruction, Energy and Environment Minister Panos Skourletis addressed the future of Greece’s state-owned utility company Public Power Corporation (DEI) and the future of energy in Greece, during an interview with realfm 97.8 radio station, on Monday.
The Greek state currently owns 51% DEI, with the remaining 49% is owned by private holders. Skourletis noted that there are currently no plans for the state-owned share to diminish anytime soon. DEI produces 80% of Greece’s power output, according to the Hellenic Republic Asset Development Fund (TAIPED) which owns 17% of the 51% state share. The previous SYRIZA-ANEL government had halted plans for DEI’s further privatization.
Greece’s Independent Power Transmission Operator (ADMIE) is also a matter of concern in the third Greek memorandum. ADMIE is owned by DEI, but is a separate company with its own structure and operations.
A privatization process of ADMIE had begun in 2013 and four final candidates had been shortlisted for a 66% stake takeover. However, the SYRIA-ANEL coalition government had stopped negotiations for ADMIE’s privatization following its ascent to power in January 2015. The new Greek bailout calls for the resumption of this privatization process.
“By October 2015, the authorities will take irreversible steps (including the announcement of the date for submission of binding offers) to privatize the electricity transmission company, ADMIE, unless an alternative scheme is provided, with equivalent results in terms of competition and prospects for investment”, the third Greek memorandum of understanding notes.
Apparently, the alternative for Skourletis and the Greek government is to remove ADMIE from DEI’s jurisdiction without privatizing the former, as that is what the minister proposed during his interview on Monday. The SYRIZA MP further noted that a new Greek energy utility company should be constructed, but it should also remain state-owned.
The Energy Minister had denied the possibility of ADMIE’s privatization back in July 2015.