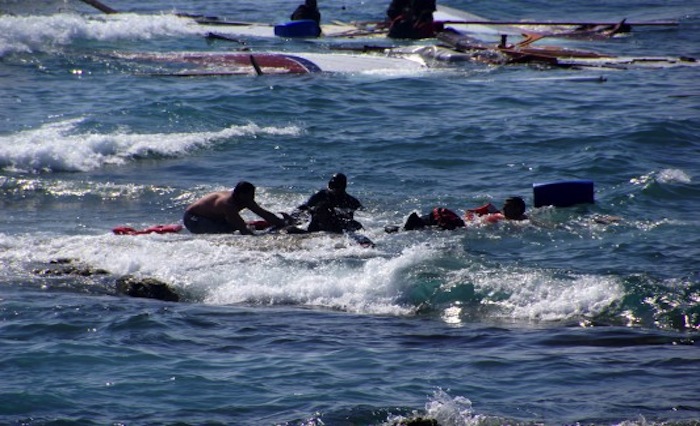 Seventeen migrants drowned Sunday when their boat capsized near the Turkish coast shortly after departing for the Greek island of Kos, the Anadolu news agency reported, citing the governor of the Turkish province of Mugla.
Coast guard workers rescued 20 survivors.
The passengers on the 8-metre-long vessel, which launched from the Bodrum peninsula, were refugees from Syria, the DHA news agency reported.
Anadolu reported that Turkish coast guard officials had on Saturday prevented two boats full of Syrian and Afghan migrants from setting off from Bodrum. Ten of those people then tried to swim to Kos, which is only 5 kilometres away.
The Aegean Sea crossing to the Greek island has become a favoured route for refugees fleeing war at home who have made it to Turkey and now want to enter the European Union.
(source: DPA)