How will he lead? New Greek PM Has No Majority Party…So Far 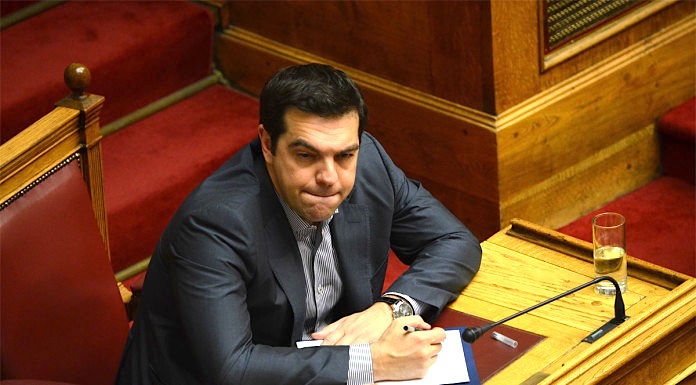 As Greek poll centers have collected thus far about 30% of the vote, former PM Alexis Tsipras’ smaller than January SYRIZA party has taken a slight lead over their leading rival Meimarakis’ New Democracy.
The exit polls show a lead of 6-7% but it is clear that former PM Tsipras will need a coalition partner in order to form a government.
According to the Greek constitution, a government in order to be formed has to be supported by at least 151 members of the Greek Parliament. SYRIZA’s lead will not produce that result leaving Alexis Tsipras searching for a new partner.
In the case that former coalition partner Independent Greeks (ANEL) get more than 3% of the vote and enters into the Greek parliament, the two parties have said that they will form a coalition, for the second time under PM Tsipras.
However, if ANEL does not enter the Greek parliament, Tsipras has said that he does not want to form a coalition government with New Democracy, thus he will have to search for another government partner.
RELATED: See the Greek Election results live.