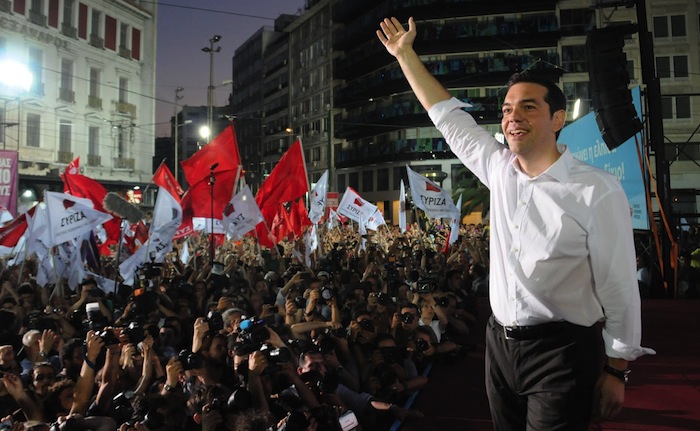 The Greek Interior Ministry released the official election results counting almost 70 percent of the vote showing leftist SYRIZA winning the election with 35.5 percent and 145 parliament seats and conservative New Democracy following at 28,2 percent with 75 parliament seats.
The extreme-rightist Golden Dawn is Greece’s third political power with 7.1 percent and 19 seats. The center-left PASOK-DIMAR alliance gets 6.4 percent and 17 seats, with the Greek Communist Party (KKE) following at 5.5 percent and 14 seats.
Center-leftist To Potami is next with 4 percent and 11 seats, Independent Greeks (ANEL) get 3.7 percent and 10 seats. The Centrists Union follows at 3.3 percent and 9 seats, while extreme-leftist Popular Unity gets only 2.9 percent and stays out of parliament.
New Democracy leader Vangelis Meimarakis congratulated Alexis Tsipras on his victory and stated that his party is here and is looking forward to the future.
Alexis Tsipras has promised to fight corruption and put an end to vested interests and the oligarchy that are responsible for recession and the Greek debt. The SYRIZA chief has asked Greek voters to “sweep away the old” and look forward to the future. He said that now his government is no longer encumbered by bailout negotiations, he will be able to implement the party’s progressive program for social justice and growth.
New Democracy leader Vangelis Meimarakis based his election campaign on political stability by pointing out the mistakes made by the leftist government in the past seven months. He promised voters that his party will restore the Greek economy, create jobs and bring investments, accusing his opponent that he chased away private investments after he closed the banks and imposed capital controls.