GRNews
GreekReporter.comGreeceGreek Elections: Tsipras Promises to Sweep Away the 'Old'

Greek Elections: Tsipras Promises to Sweep Away the 'Old' 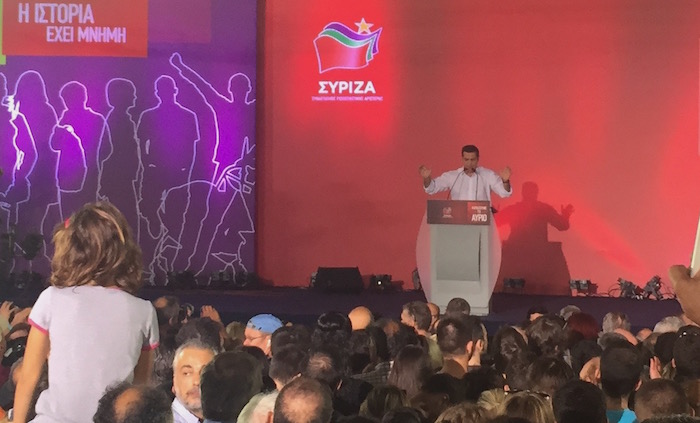 SYRIZA leader Alexis Tsipras wound up his campaign to be re-elected Greek prime minister by promising a victory that would “sweep away the old.”
Tsipras spoke at a rally of thousands of supporters at Syntagma Square in Athens. Sounding certain of his victory, he declared that his party would put an end to corruption and the powerful interests that piled up the debt in the past 40 years. He also said that SYRIZA will bring a wind of change throughout Europe.
“On Sunday we ‘re sweeping away the old… and getting the first and final mandate to continue for four years our effort that started in January to change Greece,” he said. 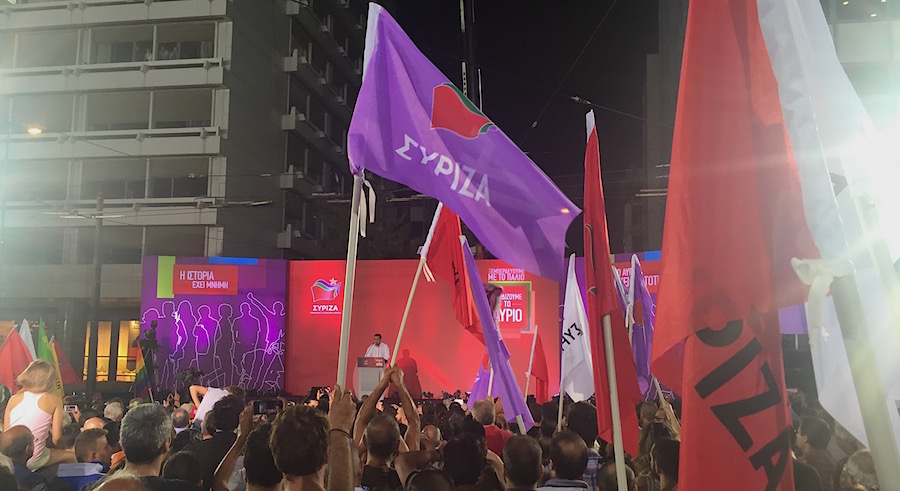 “The people will say no to this old system of corruption, no to the enshrining of the oligarch establishment,” Tsipras said further. “(Sunday’s vote) would show if the old system that governed for 40 years is going to return or if we are going to take a step forward.”
Tsipras also talked about a Europe that is changing after Greece’s defiant stance against austerity. “Do we want a Europe of austerity or one of solidarity and democracy? The result (of the vote) will be a key message for Europe,” he said. 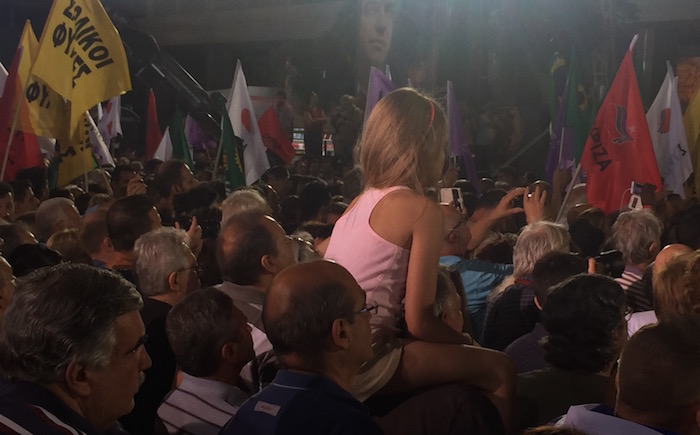 Having as a guest the leader of Spain’s leftist Podemos party, Pablo Iglesias, and other European radical politicians, Tsipras slammed the conservative leaders of Germany and Spain. “The struggle to change Europe continues,” he said, hailing those who are sheltering the refugees fleeing war and persecution.
Tsipras also attacked main rival New Democracy and its leader Vangelis Meimarakis saying that the conservative party as representing the “old,” steeped in corruption and vested interests and responsible for bringing the economic crisis. “Every vote lost is a vote of confidence to vested interests and corruption,” Tsipras said.
Finally, the former prime minister appealed to the young saying that SYRIZA needs “their stubbornness, their will to continue to fight” and urged them “not to give away their right to live, their right to work, their right to dream” and “join SYRIZA to take their lives in their hands.”