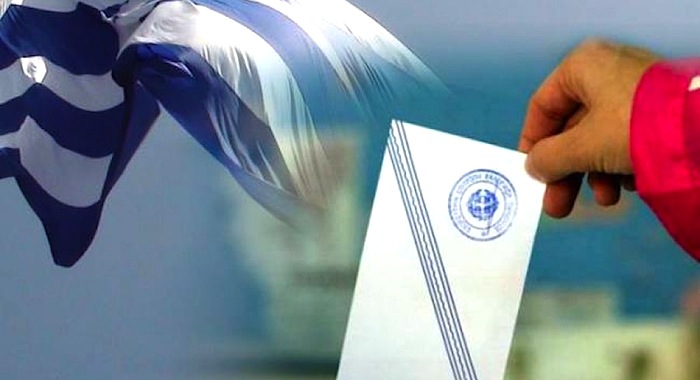 Greece heads into its third elections in eight months with opinion polls foreshadowing a tight race between New Democracy and SYRIZA on top, a struggle for the third place and the presence of new political parties, like Popular Unity and the Union of Centrists, in the Greek parliament.
This year 9,836,997 Greeks are eligible to vote according to the Greek Interior Ministry.  Of these 4,763,084 are men and 5,073,913 are women, while 116,745 people are eligible to vote for the first time.
The Greek parliament has 300 seats. The winning party of the elections gets a 50 seat bonus per Greek law and thus does not need at least 50% of the vote to rule.  A party must get at least 3% of the vote to sit in the Greek parliament. Nineteen political parties and five coalitions have announced their candidacy in Sunday’s election.
If the victorious party is unable to win an absolute majority, the President of the Hellenic Republic, Prokopis Pavlopoulos, will give a mandate to the winning party to try to a form a coalition government with other parties. In the case that it is unable to do so within three days, the second most popular party in the parliament will get the mandate. Provided that a party fails to form a coalition, this mandate will be handed over to the next party. If none of the parties in the parliament are able to form a government elections will be called again.
Polls will be open on Sunday from 7 am to 7 pm. The first exit polls will be published close to the closing of the polls.