GRNews
GreekReporter.comGreeceTsipras: The Sacrifices of the Greek People Will Not be Lost

Tsipras: The Sacrifices of the Greek People Will Not be Lost 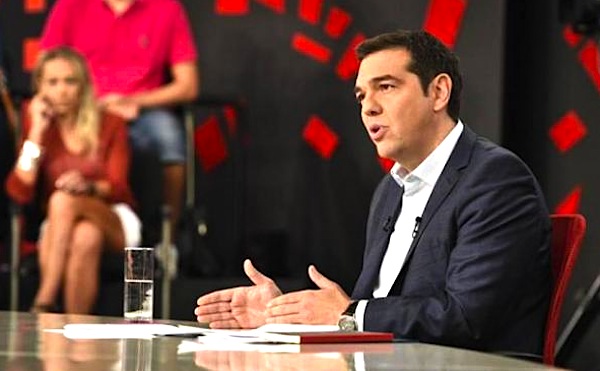 “The recapitalization of the Greek banks will start in October with the view to be completed by the end of 2015,” SYRIZA leader Alexis Tsipras late on Thursday said in an interview with Star TV.
Tsipras underlined that since the recapitalization will have been concluded by the end of 2015, there is no risk of a deposits haircut. Asked on capital controls, he said that relaxation of capital controls has already started and they will be lifted after the recapitalization of the banks. As for the recession from capital controls, he said it will be provisional adding that he sees positive growth rates in the first half of 2016. He also stressed the importance of foreign investments as long as they are made on the right terms.
Regarding the next day of the elections, he said that SYRIZA is a political power identified by cooperation and consensus.
Asked why he rules out cooperation with New Democracy leader Evangelos Meimarakis, he said that they have ideological differences and they represent completely different social interests.
(source: ana-mpa)