Paul Mason: Greece 'a Laboratory of a New Kind of Europe' 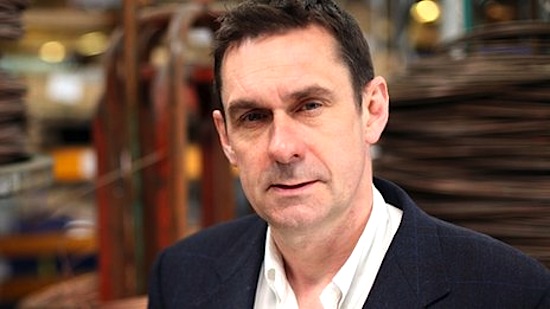 Paul Mason, an economic editor for British broadcaster Channel 4 News and author of several books, among them “PostCapitalism- A guide to our Future,” talked to the ANA-MPA about the economic situation in Europe, the debt crisis and the refugee crisis.
Paul Mason believes that Greece “is more than just a hostage of the international banking system. It is a laboratory of a new kind of Europe” and thinks that there isn’t a single serious economist who believes Greek debt is viable. He also points out that the refugee crisis has just began, and is threatening the European project.
He also points to signs that an alternative economy of the kind examined in his book is starting to emerge, “even in beleaguered Greece.”
“The “Omicron project” in Greece recorded something like seventy alternative economic projects, parallel currencies, time banks. Even in beleaguered Greece there is the beginning, I think, of an economy that can change the way we live,” Mason notes.
He then underlines the need for change in the Eurozone, saying that the entire project is in danger, regardless of what happens in Greece.
“What we have now, I think, is a machine for destroying jobs. It’s not only destroying jobs in southern Europe, where as you know we have youth unemployment that is at spectacular and tragic levels, but even in Germany where we have the so called “black zeros” principle of no government deficit. It is strangling investment, it is strangling the ability of Germany to modernize itself and my fear is that the new orthodoxy, the German imprint on the euro, will actually strangle the European economy. So whatever happens to Greece, the project itself is in danger.”
(source: ana-mpa)