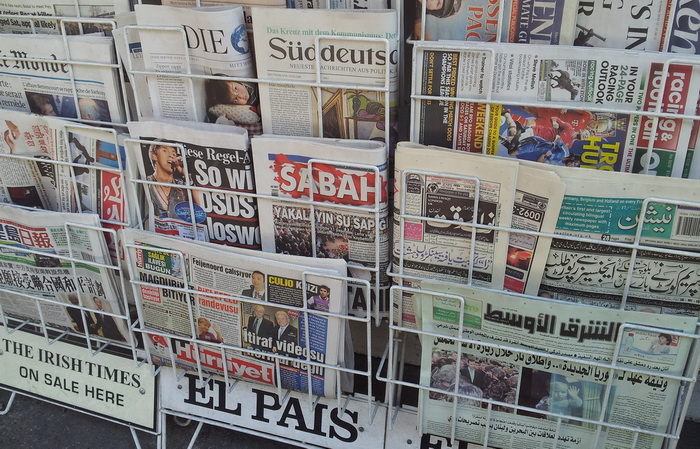 International media show less interest in Greece’s upcoming elections compared to the January 25 election this past year.
Sunday’s elections will mark the third time in eight months that Greeks are being sent to the polls. However, this time around the foreign media that have closely covered developments in the country over the past few years seem to be less concerned with the outcome.
This year 400 journalists will be at the Press Centre of the Zappeion Hall where the winner of the elections will speak after Sunday’s results. This is a significant reduction from the previous elections when 876 accredited reporters covered the event.
The number of journalists of of foreign media outlets has also significantly decreased as January’s 497 reporters from 45 different nations have shrunk to 150 ahead of Sunday’s vote. During the July 5 referendum, the last electoral process in Greece, 539 of the 699 accredited journalists at Zappeion were foreigners from 44 countries.
A lot has changed since the July 5 referendum. For starters, Greece officially adopted a new bailout program. Kathimerini newspaper reports that an unnamed foreign journalist had to persuade their editor to send them to Greece, because the editor felt that since the bailout deal has been signed whoever wins the election will implement it, without any changes in policy.
The refugee crisis in Europe has diverted attention away from the elections, as more than 300,000 people have migrated to the continent since the beginning of the year.
Giorgos Tzogopoulos of the Hellenic Foundation for European and Foreign Policy told Kathimerini that international interest lies on this ongoing refugee crisis.
“The number one issue is the refugee matter. The Greek elections seem to them insignificant and it looks like the Greek issue has been exhausted, for now” he said and added “During the eve of the referendum I received around 40 requests for interviews with foreign journalists. This time, just six.”

Greeks Celebrate Easter on the Beach as Warm Weather Continues