The Promised Land: The Refugee Crisis Has Human Consequences 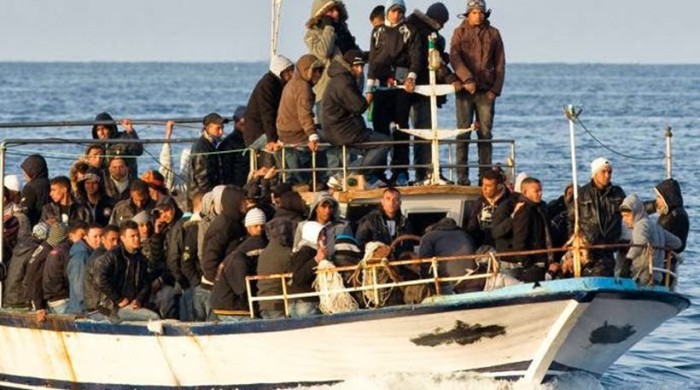 The exodus of thousands of refugees continues with no end in sight. Those victims of human insanity hand over their life savings to smugglers to show them the way to the land of milk and honey.
We see war refugees, asylum seekers, economic migrants and opportunists crossing borders and running to escape authorities; we see mayhem in progress; and we see people climbing up on trains. We see poor souls crammed in rickety boats; see them jam-packed in trucks like sardines; see bodies and corpses floating in the open seas.
We see children, men and women daringly risking their lives to escape human madness and cruelty of biblical proportions; and we see absolute disorder caused by a human virus triggered by an insatiable desire for greed, religious fanatics, economic colonialism and geo-political control.
Something has gone really horribly wrong in society today!
Never, but never, in the history of mankind has humanity seen such a plight of mass movement of desperate civilians attempting to escape the monstrosity of killing fields and oppression by corrupt tyrannical governments.
Yet western superpowers are dragging their feet and hope this chaos will simply go away. It will not; not unless those killing fields come to an end and peace is restored!
Watch Greek Reporter’s latest documentary short on the refugee crisis:


The ongoing tsunami of the mass exodus of people will not only escalate in gigantic proportions but also will threaten social order and destabilize modern societies! But, the greatest threat of all is the growth of the Islamic State that western powers so far have failed (or refused) to fully combat.
Cypriots have also experienced the tragedy of the refugee crisis and the 230.000 victims of Turkey’s military invasion, it’s a clear indication of that and yet,Turkey has been named to chair the world heritage committee of UNESCO. They simply ignored Turkey’s detestable record of ethnic cleansing and desecration of hundreds of Christian churches in the occupied area of Cyprus.
That is what’s wrong with the world today; they have lost the sense of human compassion, dignity and the principle to do the right thing! It has been replaced by hypocrisy and that does not offer much hope to curb the exodus of millions of refugees.