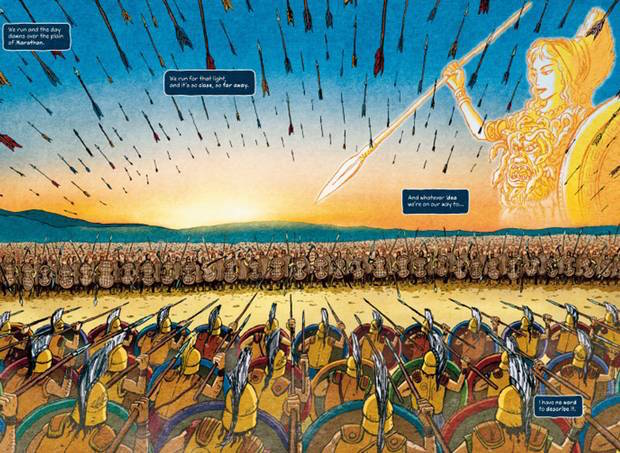 A team of talented artists and writers deliver a new graphic novel that presents extraordinary characters and bold colors in an effort to offer a sprightly explanation of the abstract concept of “Democracy” tracing its birthplace to its homeland, Greece.
Writer Abraham Kawa, along with the artists behind the international phenomenon “Logicomix”, Alecos Papadatos and Annie di Donna, provide their readers with fresh insight into how this greatest of civic inventions came to be, recalling the ancient Greek mythological figure of Leander and putting him at the center of their book’s plot.
This wildly ambitious graphic novel, entitled “Democracy,” dares to put into words and drawings the genesis of popular self-rule in ancient Greece, through the story of Leander, a young vase-painter who tried to “rouse his comrades for the morrow’s battle against a far mightier enemy,” highlighting the old tyrannical regimes’ evils, as well as the urgent need for a new promising political system.
The talented script writer Kawa revealed that the team is trying to analyze in their wonderfully imaginative, funny and gripping book “demagoguery, corruption, and foreign influence,” some of the timeless problems that “can still be felt intensely in Greece.”
“Democracy” is published by Bloomsbury USA. 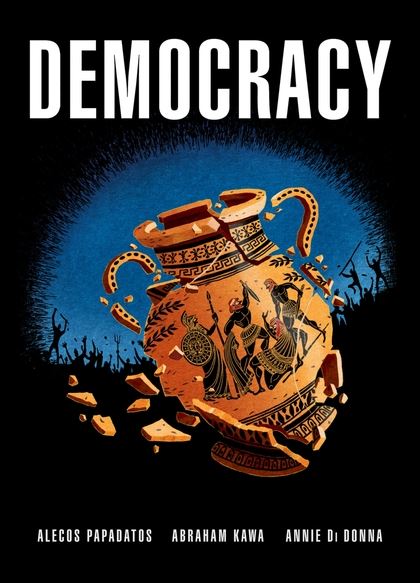