Refugees Piled Up in Central Athens 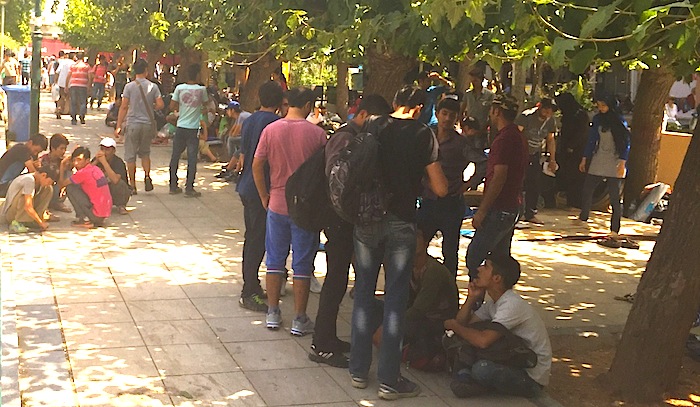 Hundreds of refugees with their young children have moved in Victoria Square, central Athens. The majority of refugees are Syrians waiting patiently for their chance to make the long journey towards the northern European countries. A major issue has arisen in the area, since there are no chemical toilets in the area, while most people do not have any money to buy food.
The Municipal Council of Athens meeting on September 10 focused on the refugee issue. City Mayor George Kaminis condemned the lack of a formulated place by the Greek State, attributing responsibilities on all governments, while noting that the problem is no longer European, but international.
According to the mayor of Athens, the last government wrongfully ended the operation of Amygdaleza detention center, while the transfer of migrants from the center to Omonia Square sent the wrong message, he added.
Old munitions plant to house migrant facility
The government is planning to set up a facility for the identification and temporary accommodation of refugees and migrants at the site of the old Pyrkal munitions factory at the port of Lavrio, but there are concerns about explosives still stored on the premises, Kathimerini noted. Hellenic Defense Systems (EAS) management has called for the stockpiled explosives to be removed from the site.
A government delegation including Immigration Minister Yiannis Mouzalas visited the site on Wednesday. They plan for the facility to be up and running in two weeks. However, there are safety concerns about the new refugee camp.