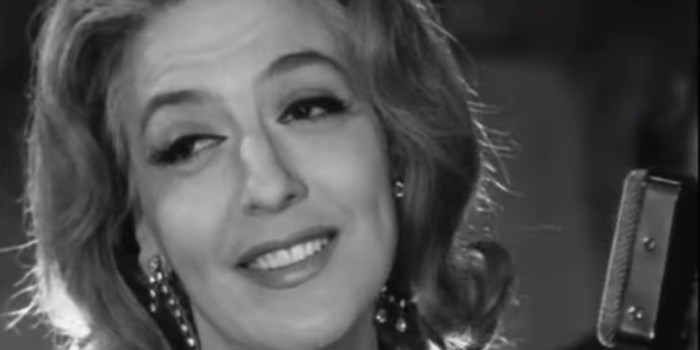 One of the most important Greek theater and cinema actresses, Voula Zouboulaki, passed away on Monday afternoon at the age of 91 years old. Zouboulaki came from Chania in Crete, but she was born in Egypt on September 24, 1924. She studied at Athens Law School as well as attending the Greek National Theater Drama School and the National Conservatory.
While attending the National Theater Drama School she met Dimitris Myrat and the couple were married in Cairo in 1951.
Her first major role at Kotopouli theater in Athens, was Martirio from the play “The House of Bernarda Alba,” directed by Alexis Minotis. As of 1957, she participated in Dimitris Myrat’s in various plays such as Albert Camus’ “Les Justes” and Luigi Pirandello’s “Tonight We Improvise.”
In 1968 the theatrical troupe was renamed “Myrat – Zoumboulakis Troupe” and it went on to organize major performances such as Racine’s “Esther,” Sophocles’ “Antigone” and Euripides’ “Hecuba.” After the death of Dimitris Myrat in 1991, she collaborated with the National Theatre and Giorgos Mesalas’s Modern Theatre.
She will also be remembered as Anetta in Michael Cacoyannis’ film “Stella,” as well as for her final role on the big screen in the film “The Athenians” Vassilis Alexakis (1990), for which she received the National Quality Award in the supporting actress category.
Zouboulaki was awarded with the First Lisbon Festival Awards (1964), M. Kotopouli First Prize for best actor in 1921, M. Kotopouli Second Prize in 1965 and the First Actor’s Prize at the Thessaloniki Cinematic Festival in 1966.
The actress’ funeral will take on Friday, September 11, in Athens at 4 pm.