It Was Once My Mother 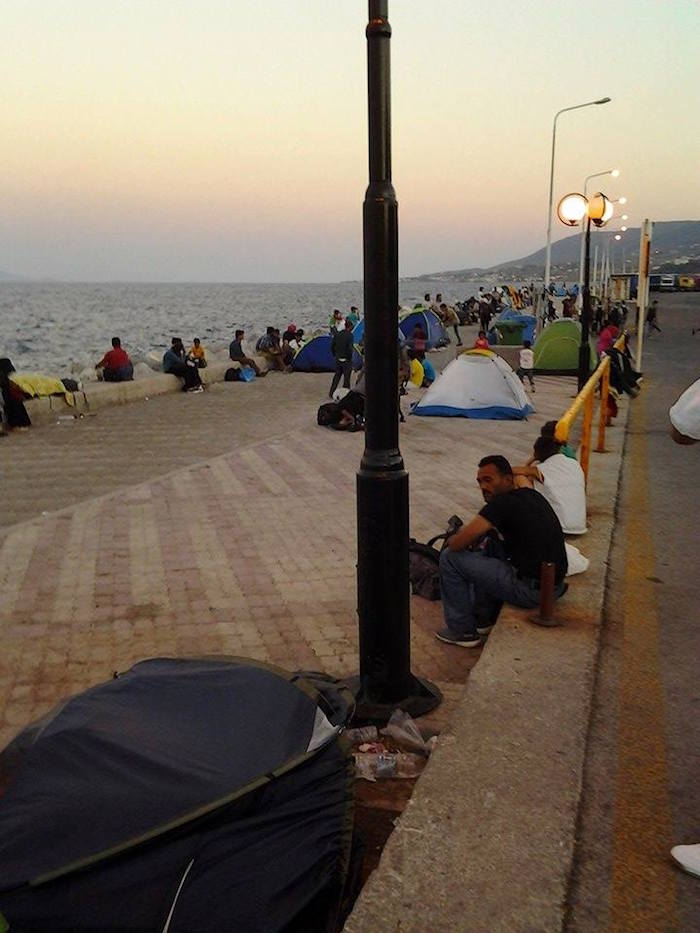 Watching the clash of civilizations sweeping across Europe with Sophoclean fury is unbearable for anyone with a shred of humanity left in them. Whether the masses of refugees arriving on Lesvos and Cos, the horror of Aylan Kurdi’s lifeless body washing up on a Turkish shore, or the father who desperately threw himself and his family on a rail track in Hungary to avoid deportation, all leave me thinking that any of these millions of refugees could be me, or my children, or anyone fortunate enough to have won life’s lottery.
It was once my mother.
In the aftermath of World War II, my mother and her family escaped through the Balkan mountains of Northern Epirus to settle in a refugee camp housed beneath an Ottoman mosque along the lake of Ioannina in Northern Greece. Like millions of other displaced Europeans, they restlessly settled into the netherworld of that internment camp to wait and wonder if their lives would ultimately be better. They weren’t looking to leave their homes. Few refugees do. In the case of my mother and her family, they walked hundreds of miles to reach Ioannina seeking the dignity of a life free from the tyranny of strongman Enver Hoxha’s post-war Albania, an inhospitable place for ethnic Greeks trapped in the heuristic culture of 1940s and 50s Europe.
The World Council of Churches extensively sent donations to post-war Europe. One of those packages miraculously found its way to my family. In the pocket of a coat, they discovered a note written by Irma Smith of Rochester, New York. My family began a correspondence with Mrs. Smith. That note, a simple gesture of kindness, transformed into a life vest that would travel thousands of nautical miles when Mrs. Smith sponsored my mother’s entire family to immigrate to America. One simple gesture of clarity and purposefulness from an anonymous stranger in America enabled five siblings and my grandparents to leave that refugee camp and forge a better life. I am here writing this article because of that note.
What is most extraordinary about my mother’s story is its serendipity. Chance often plays an extraordinary role in determining whether we will, or will not, tangibly gain from life’s journey. Like my mother after World War II, Aylan Jurdi was one of the millions of refugees whose parents too chanced leaving the tent cities of the Yayladagi, Reyhanli and Altinoxu districts of Hatay Province, near Turkey’s border with Syria in search of freedom from tyranny, the most basic of human aspirations. That young boy, whose life ended so tragically, is all of us. It is important for us all to understand that because all lives matter. Not just the ones that look like us, pray like us, think like us.
Europe seems to have forgotten that. 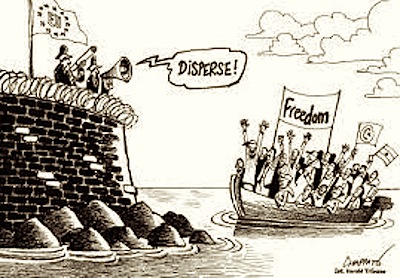 The epochal crisis facing Europe is but one of so many tragedies affecting our world today. Crises have become so frequent and so enormous in scale that we all too often rely on anonymity as a coping mechanism. The anatomy of crises has converged to create a global landscape where social justice and humanism are sacrificed to xenophobic national interests, and because human beings have become so blithely tolerant of a global political and economic apparatus that has turned us into mindless and numb consumers of news we turn away from what matters, because to really, meaningfully engage with what is unfolding in Europe right now is to watch a macabre massacre that defies the very nature of humanity.
It is clear that narrow, parochial and national priorities of foreign policy don’t give priority to aesthetic and human objectives. Societies operate to serve people. Human needs are increasingly secondary to global leadership choosing in favor of the abstractions of markets and growth, continuing failed foreign policies and worrying about how the price of oil will impact Russia. People need, among other things, purpose, security, friendship, poetry, good books and good food, a vital civic culture, nature and hope. Yes, hope. Instead, people are increasingly faced with the pathologies of bureaucracies masquerading as solutions that are killing our very spirit. Our market economies have transformed into market societies that have not satisfied the human need for meaning, which is neither sustainable nor sustaining.
So when the images of desperate refugees flash across technology’s myriad screens, we are struck numb for a moment, but the next meme flashes across our tablet and we move on. And this pattern robotically makes us, by default, anonymous, callous creatures, stripped of our human capacity for empathy. As the winds of madness continue to spread across Europe, the distractions of feigned outrage over news outlets airing the photo of Aylan prevail. Every crisis needs a straw man. It makes the rest of us feel better about our own moral failings and culpabilities.
We are all culpable because we have allowed leaders across the developed world to ignore the war in Syria by distorting the truth so we can believe the lie. To the point where we can no longer see the truth unless it is forced upon us. And the truth is, no one can respect today’s Europe. Europe produces more history than it can consume and must never forget its history of abandoning morality and social justice. When the Mediterranean becomes a graveyard, and when Juden Verboten posters of pre-war Germany are replaced by several European anti-immigration campaigns, it is time that we all embrace the thinking coming out of Iceland.  A new “Just Because It Isn’t Happening Here Doesn’t Mean It Isn’t Happening” campaign has seen over 12,000 Icelanders opening their homes in an extraordinary show of solidarity with Syrian refugees, demonstrating how we can connect all humanity to the eternal bonds of respect for all people, from all walks of life.
My mother taught me that.