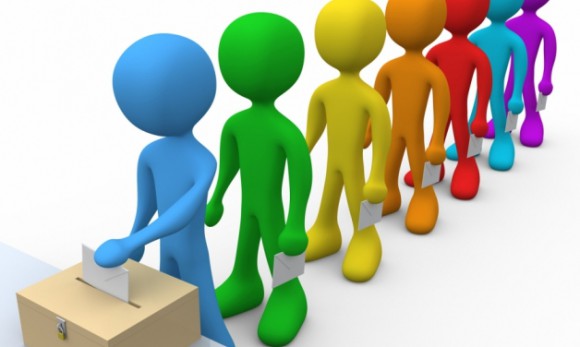 If opinion polls are any indication, the September 20 Greek elections will run down to the wire.
In the January 2015 Greek elections, SYRIZA had collected 36.3% of the vote while New Democracy had 27.8%. A little over seven months later, opinion polls indicate that this 8.5% lead has severely diminished — if not completely evaporated.
While two opinion polls published this past week showed New Democracy leading SYRIZA for the first time, two other opinion polls drew the two contenders.
SYRIZA and New Democracy both got 25.1% of the intended vote of the respondents of an opinion poll conducted by MRB company for STAR TV network.
While the two parties are equally popular, 37.1% of respondents prefer former Greek Prime Minister and SYRIZA leader Alexis Tsipras for the country’s Prime Ministry,as opposed to the 36% who would choose New Democracy President Evangelos Meimarakis. However, 34.8% support Meimarakis as a political leader and 34.3% support Tsipras for the same position.
At the same time an opinion poll conducted by the University of Macedonia for SKAI TV network also tied the two parties, giving 27% of the intended vote to each. In this poll, the two parties’ leaders are seen as equally capable of running the country with each candidate garnering 27.5% of the respondents’ support.
The Independent Greeks (ANEL) were unable in either of these two polls to gather enough voters to secure the minimum 3% of the Greek vote that is required for a party to sit in the Greek parliament. The former coalition-governing party got 2.5% of the vote in the MRB poll and 1.5% in the University of Macedonia poll.
The remaining parties that were in the last Greek parliament, Golden Dawn, the Greek Communist Party (KKE), To Potami and PASOK, all secured seats in the next parliament according to both of these polls.
With the polls showing a weakened ANEL party, two other parties, the Union of Centrists and the recently formed Popular Unity are consistently shown as securing the seats in the next parliament for the first time in their history.
MRB Poll- Intended Vote:
SYRIZA: 25.1%
New Democracy: 25.1%
Golden Dawn: 6%
PASOK: 5.2%
Greek Communist Party (KKE): 5%
To Potami: 4.6%
Union of Centrists:3.9%
Popular Unity: 3.6%
Independent Greeks (ANEL): 2.3%