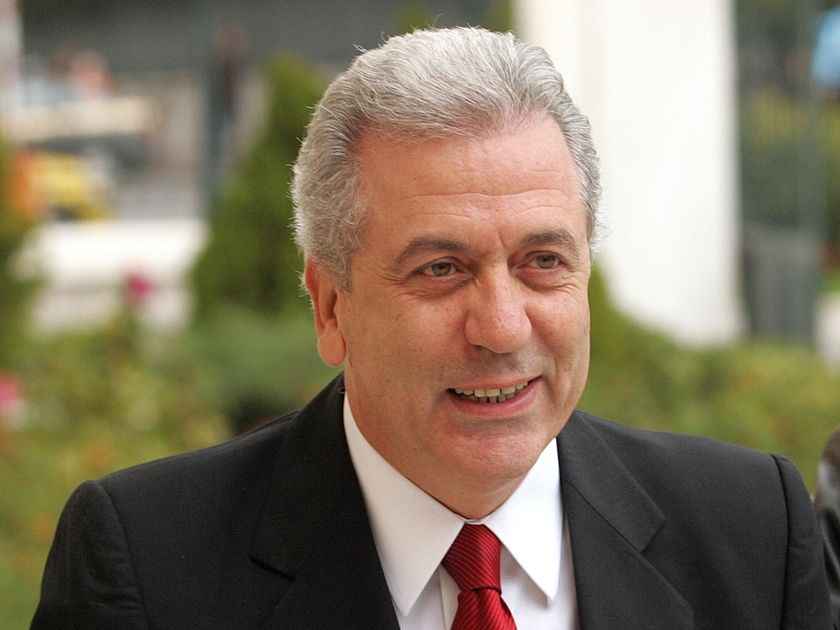 European Commission Vice President Frans Timmermans and EU Commissioner for Migration, Home Affairs and Citizenship Dimitris Avramopoulos arrived on the Greek island of Kos on Friday in order to discuss the major migrant issue with local authorities. However, upon their arrival at the island’s city hall, they were heckled by dozens of residents that had gathered outside the building.
Angry protesters were shouting slogans and insults at the EU officials, calling them traitors and saying that their goal was to destroy the country. Avramopoulos was seen hurrying to enter the heavily guarded city hall building after the episodes that occurred when former Greek National Deferense Minister Panos Kammenos had visited the island.
“We have 7,000 hunting rifles,” cried a local resident when Avramopoulos looked toward him.
During the closed meeting that followed, Avramopoulos had a short conversation with a local resident, the man who had reportedly led an egg attack against Kammenos.
Greek officials, namely Greek Health Minister Athanasios Dimopoulos, Deputy Minister of Citizen Protection Ioannis Mouzalas, Deputy Shipping Minister Christos Zois, the mayor of Kos and the Aegean regional prefect were all present during the crucial meeting.