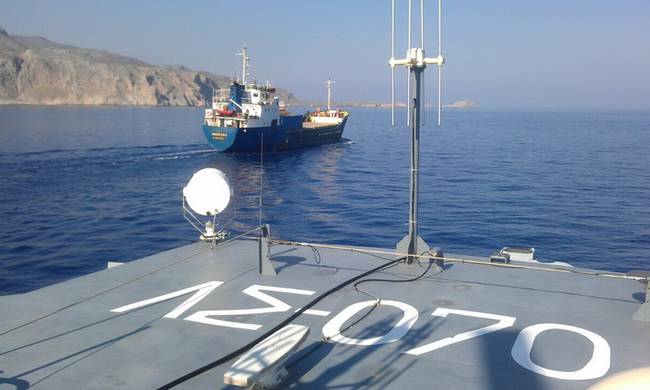 A Bolivian-flagged cargo ship was escorted to Heraklion port, Crete, on Tuesday night around 4:30 am after a container with an unknown quantity of undeclared weapons was discovered on board during a Greek coast guard inspection.
The ship “Hadat 1” had set sail from Turkey and was bound for Libya, with a legal cargo of plastics. It was stopped and searched by a Greek coast guard special forces team, 20 miles off the coast of Ierapetra, Crete as part of a wide-scale operation.
The ship’s crew was made up of seven people originating from Syria, Egypt and India.
Meanwhile, Greek authorities have taken special security measures at Heraklion port, ordering a full-scale search of the ship by the coast guard officers, as well as customs officers who have been summoned to assist.