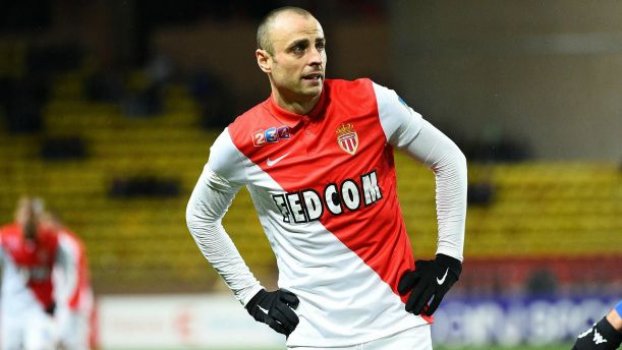 Bulgarian striker Dimitar Berbatov has signed for Greek club PAOK F.C. on a free transfer.
Berbatov, 34, was released by Monaco FC in the summer and was believed to sign for Aston Villa on Tuesday, last day of transfers in the British Premiership.
However, according to Sky Sports, player and club failed to reach a deal over his terms and the Greek club snapped him.
Berbatov is a former player and top scorer of all time of Bulgaria’s national team. He started his career with CSKA Sofia, then transferred to Bayer Leverkusen. After Germany, he moved to the UK and played for Tottenham Hotspur, Manchester United and Fulham.
For the past 18 months he was with Monaco and helped the French club reach the quarterfinals of the Champions League.
PAOK, who currently ranks 12th in the Greek Super League, confirmed in a statement that the striker has signed a one-year deal, for a reported fee of 2 million euros.