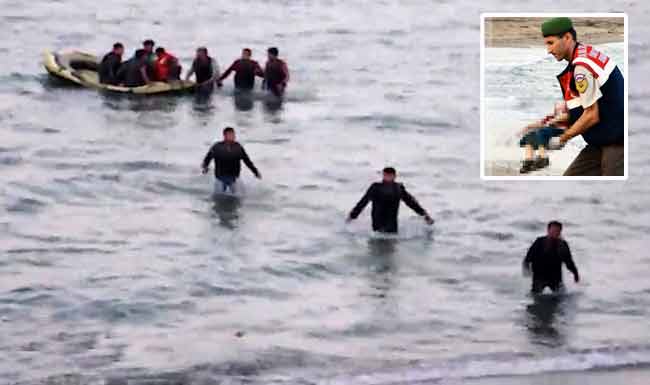 Two boats sank after leaving the southwest coast of Turkey, traveling for the Greek island of Kos and according to Turkey’s Dogan news agency at least 11 migrants believed to be Syrians drowned during the incidents.
The agency reported that one of the boats, carrying 16 Syrian migrants, sank after leaving the Akyarlar, Bodrum peninsula, causing seven people to drown. Authorities were able to rescue four people and the coastguard is continuing its search for the five people who are still missing.
A little while later, a second boat carrying six Syrian migrants sank after leaving Akyarlar en route to Kos island. According to the agency, three children and one woman drowned during the incident, while authorities were able to rescue two people who survived and were able to swim to shore.
Thousands of migrants and refugees, mainly from Syria, Afghanistan and Iraq have been making the risky journey from the Turkish coast to the Greek islands each week. On several occasions, people have lost their lives en route to Europe, while thousands of people are currently stranded on the Greek Aegean islands awaiting for the ships that will carry them to the mainland, so that they can make their way to northern European countries.
https://www.youtube.com/watch?v=eWHO3yMTFuI