TechNews
GreekReporter.com Greece Moscovici: 'There Was Physical Confrontation Between Varoufakis And Dijsselbloem'

Moscovici: 'There Was Physical Confrontation Between Varoufakis And Dijsselbloem' 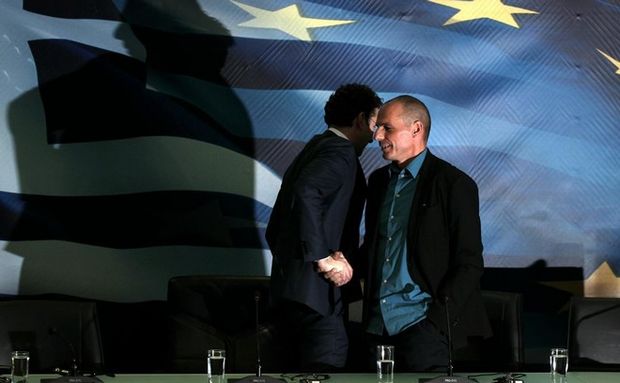 European Commissioner for Economic and Financial Affairs, Taxation and Customs Pierre Moscovici told French newspaper “Libération” on Friday that there was a near physical altercation between Greece’s former Finance Minister Yanis Varoufakis and Eurogroup President Jeroen Dijsselbloem before the start of the February 16 Eurogroup.
Moscovici said that he was the one who had to intervene in order to prevent a physical confrontation between the two men.
The incident was revealed after the European Commissioner was asked to reveal an incident that he will remember from the six-month negotiations between Greece and its international creditors.
“It happened at the February 16 meeting between Dijsselbloem, Varoufakis and myself. We entered into the meeting and there was a moment of physical confrontation with the two nearly getting into a brawl. One accused the other of being a liar and I was forced to intervene. I managed to separate them. But I did not manage to bring them back together again. They never spoke to each other after that,” Moscovici said.

Greece confirmed 884 new coronavirus infections in the last 24 hours, with 7 of these identified at entry points to the country.
Canada

Growing up black in Greece? Patricia Kumbakisaka, 31, one of Canada’s most accomplished young black women, has done it. Here she describes her life in Greece.
Culture