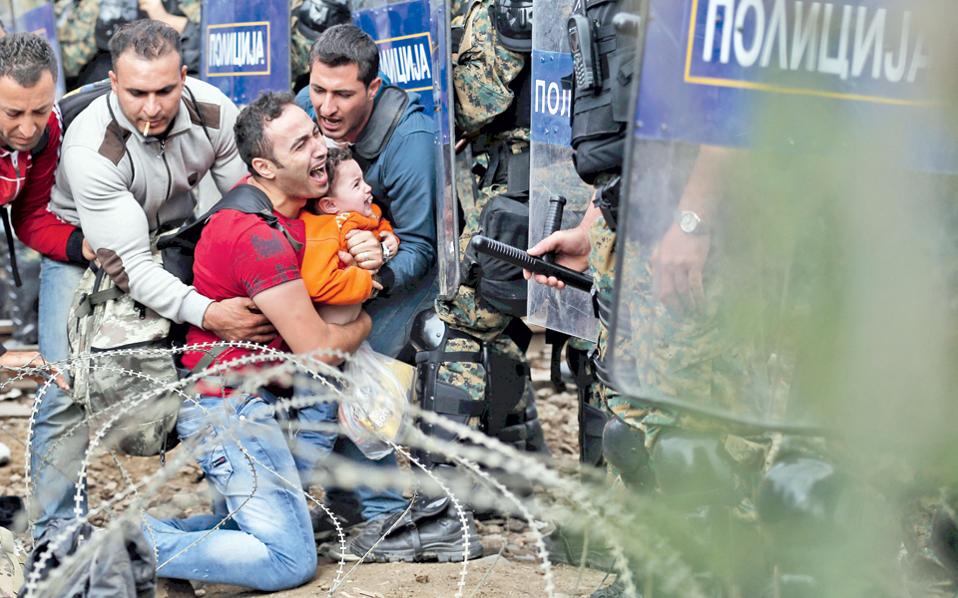 Germany has suspended the EU’s Dublin Regulation regarding asylum-seeking Syrian refugees and has stopped deporting them to the country of entry to Europe. This means that Greece will not have to register thousands of refugees who have crossed to Germany unregistered.
However, Greece, has to establish refugee registration centers to process refugees and separate them from economic migrants. The registration center must be completed by the end of 2015. The centers will be administered and staffed by the European Union as a whole.
The decision was taken on Monday, after German Chancellor Angela Merkel and French President Francois Hollande met in Berlin and called for an overhaul of the EU asylum system. The emergency measure was taken after thousands of refugees poured to western European countries through the Balkans.
According to the Dublin II Treaty, migrants can only apply for asylum in the first EU state they enter, and face deportation if they try to apply in another.
Now Germany processes applications from Syrians even if they have made it to the country through other states. Merkel and Hollande called for a unified asylum system that should be fully implemented by all member states. They also called for an even share of migrants between EU member states.
The two leaders stressed the urgency of the situation and said that, by the end of the year, refugee registration centers should be established in countries of first entry, such as Greece and Italy. The registration centers should separate genuine refugees from economic migrants.
Thousands of refugees and migrants camp out on the coasts of Turkey waiting to be transferred to Europe.