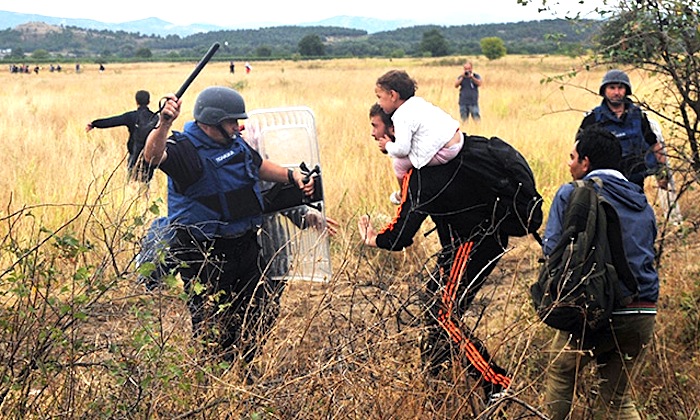 On August 22, migrants and refugees were desperately trying to bypass the FYROM police and army forces, located at the neutral zone near the Greek-FYROM border. Several were injured as thousands of people were trying to forcibly enter the country in their journey to northern Europe.
The policemen and military forces lined at the border were watching the refugees cross the border and head to the Gevgelija railway station on foot. 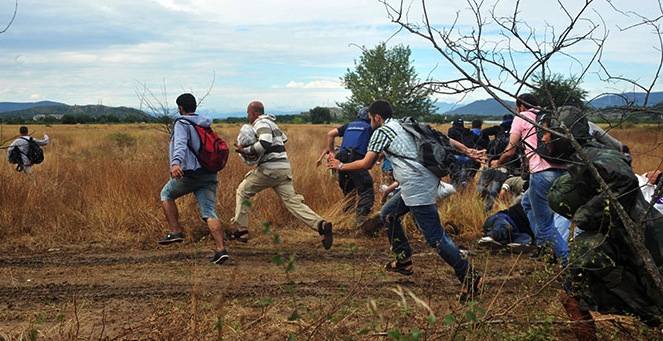 On Saturday, around 2,000 refugees were transferred to Greece, while according to the Greek authorities’ estimates, there are at least 5,000 migrants and refugees located in the neutral zone. More than 1,500 refugees passed through the barbed wire, while police officers were trying to stop them, using their batons and throwing stun grenades.


Mytilene: Fight broke between migrants at the port
Groups of migrants and refugees clashed at the port of Mytilene while waiting for the ferry that would transfer them to the port of Piraeus, in the Greek capital. Two men were seriously injured and transported to the local hospital in ambulances.
More than 10,000 refugees are stranded on the Greek island of Lesvos. Lesvos authorities are faced with an unprecedented situation, without the necessary infrastructure and no support from the central government, leading to chaos.
According to the locals, the influx of refugees continues to rise. The arrivals from Turkey are out of control, while the refugees state they are determined to not return to their war-hit countries.
Another 2,500 refugees arrive in Athens
Greek passenger ship “Eleftherios Venizelos” arrived at the port of Piraeus at 8:10 am, carrying 2,466 Syrian refugees from various islands on the eastern Aegean. The ship was carrying 628 refugees from Kos, 75 from Kalymnos, 967 from Leros and 796 from Samos.
The port authority in Piraeus had taken all the necessary steps for the refugees’ safe disembarkation. The majority of refugees will be transported by bus to a local metro station and then to Athens’ main railway station so they can travel to northern Greece.