GRNews
GreekReporter.comEuropeHungary Looks to Block Entry of Thousands of Migrants

Hungary Looks to Block Entry of Thousands of Migrants 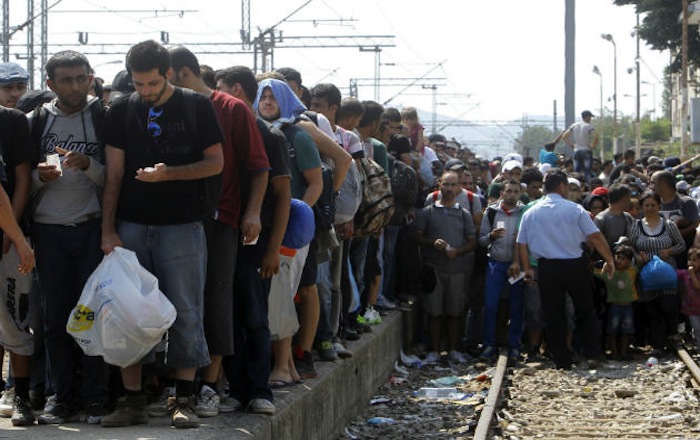 Thousands of migrants rode trains and buses and walked through FYROM and Serbia on Sunday in an effort to get to European Union member Hungary, where authorities are building a razor-wire fence to keep them from entering.

The migrants, mostly Syrians, Iraqis and Afghans fleeing bloody conflicts in their homelands, could travel freely throughout Europe in search of jobs and a better life if they can cross into Hungary.

The migrants had landed in debt-wracked Greece, an EU country facing its own financial turmoil.

But FYROM lifted the restrictions Saturday and by mid-Sunday 6,000 refugees and migrants had crossed into Serbia, where eight huge United Nations refugee tents were set up to provide food and shelter.