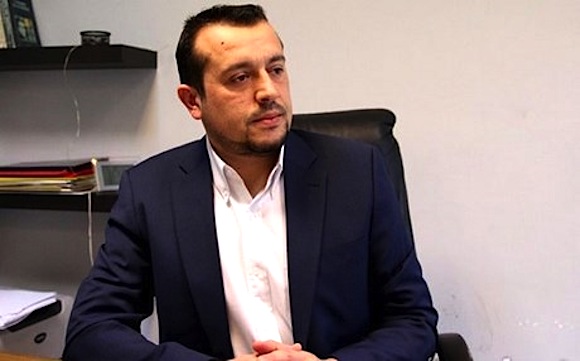 There will be no cooperation after the elections between SYRIZA and New Democracy, “To Potami” or PASOK, Greek State Minister Nikos Pappas said in an interview to “Ethnos” newspaper on Sunday.
“If this possibility existed, there would be no need to resort to elections,” he was quoted as saying, while adding that the party will probably form a coalition with the Independent Greeks (ANEL), with whom cooperation was “constructive,” even if SYRIZA achieves an absolute majority.
Commenting on the upcoming elections, he said “the stakes, given the agreement with Greece’s creditors, are which government would implement measures to protect society and keep it on its feet.”
Pappas maintained that the agreement signed with the country’s creditors is the result of blackmail, noting that the phrase “this is a coup” was not just an online slogan. He said the result of last months’ referendum was correct and that the “No” vote was not a “Yes” to the drachma.
The Minister also accused the SYRIZA MPs that defected to the Left Platform of “siding with Schaeuble’s plan and other extreme European forces for a return to the drachma, in agreement with the partners, ie the Memorandum.”
Pappas also left open the possibility of including in SYRIZA’s ballot party lawmakers who voted “present” in the crucial parliamentary votes. “Considering the agreement, there is a place for those who want to plan the left-wing government’s new program and to continue the negotiation battle united.”
(Source: ANA-MPA)

Femicide in Laconia Marks 15th Woman Killed In Greece in 2021