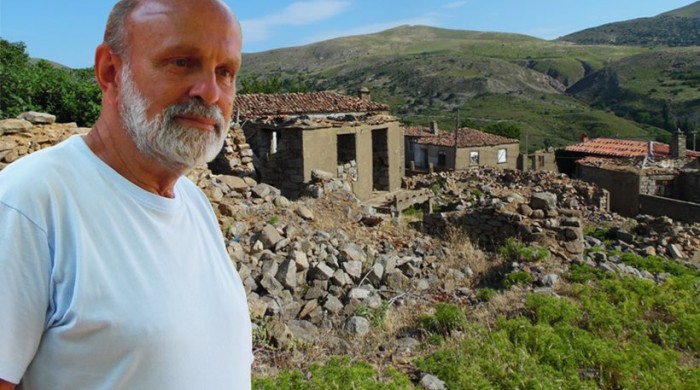 Schinoudi, a village on the island of Imbros, seems abandoned, a fact that irrefutably shows that the notorious Turkification policy imposed in 1964 essentially eliminated the Greek element from the island. In recent years, however, something seems to be changing in Schinoudi and across Imbros, after the arrival of a man who took it upon himself to revive the island and restore its former glory.

“I never wanted to leave Imbros. We were forced to leave but I was always thinking about returning some day,” Greek-Australian Nikos Doldouris said in an interview to Greek newspaper “Proto Thema.” Doldouris lived in Imbros until 1966, when he was forced to leave for Athens by the Turkish police. A little while later he ended up in Australia.

The Treaty of Lausanne in 1923 clearly stated that Imbros and Tenedos would be ceded to Turkey for geographical reasons, since the two islands are located near the Dardanelles strait. The same treaty provided for a “special self-governing status,” which was never respected by Ankara, since Turkey established the Turkification project on the island, with the expulsion of Greek population and colonization of Turks from the mainland and Bulgaria.

Before 1964, the population of Imbros was 7,000 Greeks and 200 mainland Turkish officials; by 1970 the Greeks were a minority at 40% of the population, and today just a very small Greek community of several hundred, mostly elderly, people, remains on the island. Most of the former Greeks of Imbros and Tenedos are in diaspora; in Greece, the United States and Australia. The Turks not only changed the Greek names of the island’s seven villages but they also destroyed the Greeks’ properties.

After 24 years in Australia, Doldouris decided to leave his tourist agency behind and return to the island he loved so much. His only goal was to find a way to revive his village but also the island where he was born and grew up. “Nothing was as we left it. I started crying when I saw my village and the house I was born in destroyed. But that was it. I knew that crying would not fix this. Either you leave and never come back or you stay and do something,” he said. “Unfortunately, it happened. We cannot keep complaining, we need to look forward. I still think the same way.”

With the support of a few good friends from Greece and abroad, he started restoring his family’s old properties, as well as taking up projects around the village, such as the Agia Marina church, the cemetery and the roads. The Turks were suspicious of him at first but they quickly realized that this man’s only driving force was his love for the island.

Doldouris also believes that culture is the best means of reconciliation between peoples, therefore in 1994 he started organizing music and dance events at the informal cultural center he created on his family’s estate.

However, despite his progress, he still remains a realist. “The situation in Imbros today is much better than 20 or 30 years ago. Some Greeks have returned, others from Greece and others from abroad. In order to keep this project alive, more people, especially young, need to return to the island permanently, to live and work here,” he said.