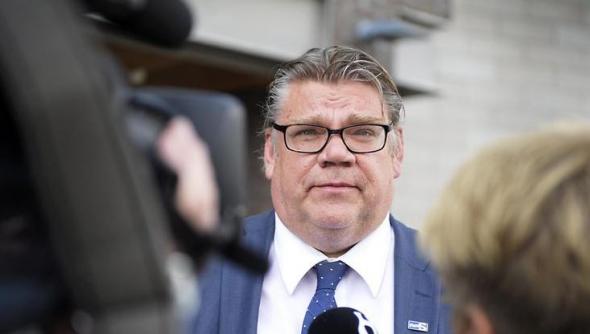 Finland’s eurosceptic Foreign Minister Timo Soini stated that he expects Greece to cause trouble to the Eurozone for many decades to come. He called on the International Monetary Fund (IMF) to participate in Greece’s third bailout program.
“Unfortunately, this problem will be in front of us for decades, I would say, if the Eurozone stays together,” he said during an interview on Monday.
He also stressed that the IMF should participate in the latest 86-billion-euro program for Greece. IMF has been hesitating to take part in the new bailout, due to the Eurozone’s refusal to provide debt relief to Greece.
“An absolute debt cut, I think, is out of question, Germany too is against it … On other issues (maturities, interest rates) we must negotiate,” Soini said. “IMF’s participation would also strengthen the expertise in the package, so that the programs will actually be carried out by Greece.”
“I still think bailout policy is bad policy … But in politics, one must make unpleasant decisions,” said the Finnish Foreign Minister who is known for his opposition toward the Eurozone bailout programs. However, Soini had to support the program in the Finnish Parliament last week in order to maintain his seat in the country’s coalition government.