GRNews
GreekReporter.comSportsBasketballAntetokounmpo Impresses Against Bosnia and Herzegovina - Greece Loses to Turkey in... 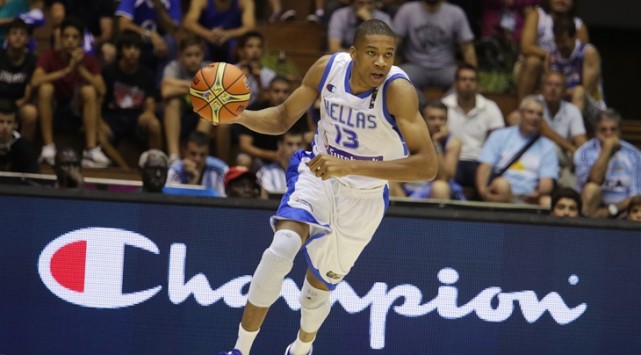 With the FIBA EuroBasket 2015 fast approaching, the Men’s Greek Basketball Team is in full preparation mode and Giannis Antetokounmpo is one of their leading stars.
The Greek team were won a 78-60 victory over Bosnia and Herzegovina in a friendly game in Istanbul on August 15th. During the game, Greek Milwaukee Bucks player Giannis Antetokounmpo scored 13 points in 14 minutes. The “Greek Freak”, as he is known in the NBA, also had 3 blocks and 3 rebounds.
The Greek basketball team is currently preparing for the FIBA EuroBasket 2015, which begins on September 5th. The tournament will take place in Croatia, France, Germany and Latvia.
The Greek team has been drawn against Croatia, Georgia, FYROM, Netherlands, Slovenia in the third group of the competition.
Greece lost its exhibition game against Turkey on August 16th, with the final score of 73-64, with Giannis Bourousis being the game’s highest scorer with 21 points.