GRNews
GreekReporter.comGreek NewsEconomyGreek PM Tsipras Attacked by Opposition and His Own Party

Greek PM Tsipras Attacked by Opposition and His Own Party 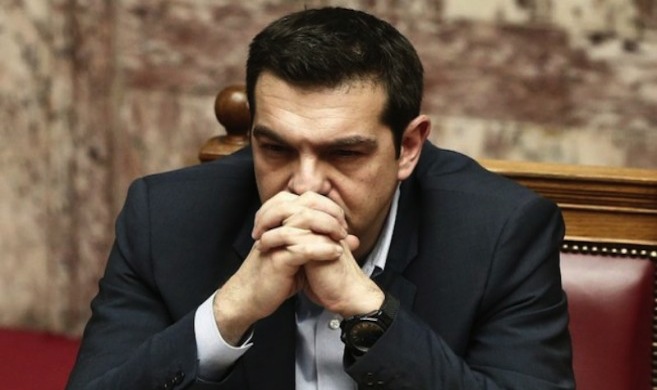 Greek Prime Minister Alexis Tsipras received a lot of fire from the opposition and several of his own lawmakers on the harsh reforms required for Greece’s bailout agreement, despite the fact that a total of 222 MPs voted in favor of the draft bill.
“Our position cannot be served by escaping or fantasizing. We took the decision to remain alive instead of committing suicide and complaining how unfair it was,” Tsipras said defending his decision to sign the July 12 draft agreement.
Tsipras loses desired party majority support
More than 40 SYRIZA lawmakers, including Parliament President Zoe Konstantopoulou and former Finance Minister Yanis Varoufakis, voted against the three-year bailout agreement. They have also accused the Tsipras administration of reneging on anti-austerity promises made before winning the January elections. Konstantopoulou stated she will no longer support the Prime Minister. “It hurts me that … he threw away his comrades like dogs,” she said.
“I feel ashamed for you. We no longer have a democracy … but a Eurozone dictatorship,” said former Energy Minister Panagiotis Lafazanis before the vote. Lafazanis and thirteen other SYRIZA members have signed a declaration calling Greek people to support their new anti-austerity movement.
New Democracy leader accuses Tsipras of lacking a negotiating plan and lying to the Greek people
New Democracy leader Evangelos Meimarakis attacked Tsipras for lacking any negotiating plan and bringing the worst and most austere bailout agreement. However, he said, he will vote in favor because he believes Greece belongs in the Eurozone.
Before the vote, Meimarakis asked Tsipras to apologize to the Greek people for lying to them in order to come to power and then agreeing on a bailout deal that is much worse than the two previous governments signed.
When it came to election talk, Meimarakis said that New Democracy is not afraid of elections, however he and his fellow party members believe that it will add another two months of political turmoil and hurt the economy further.
“To Potami” leader: “We don’t trust you, but we have no other choice”
“To Potami” leader Stavros Theodorakis also asked Tsipras to apologize to Greeks who believed the big lie that creditors will write off a big part of the debt and loan money to Greece under favorable conditions. He said that he does not trust Tsipras, but he has no other choice.
“To Potami” went along the same lines with New Democracy, saying that they will support the deal but not the government, just to keep Greece in the European path.
The question of confidence vote arises
After “losing” 43 MPs in the vote, the election question arises. Tsipras has said that he needed at least 120 votes from his coalition government. He only got 118. It is very possible that next week the opposition will raise the confidence vote issue.
Coming out of parliament after the vote, government spokesperson Olga Gerovasili fended questions about snap elections. When asked about the confidence vote issue she said that “further action will be based on the rules of democracy, the Constitution and the Greek Parliament.”
Regarding the formation of a new party from SYRIZA hard leftists, Gerovasili said “there are people in the party who chose to take a different path.”