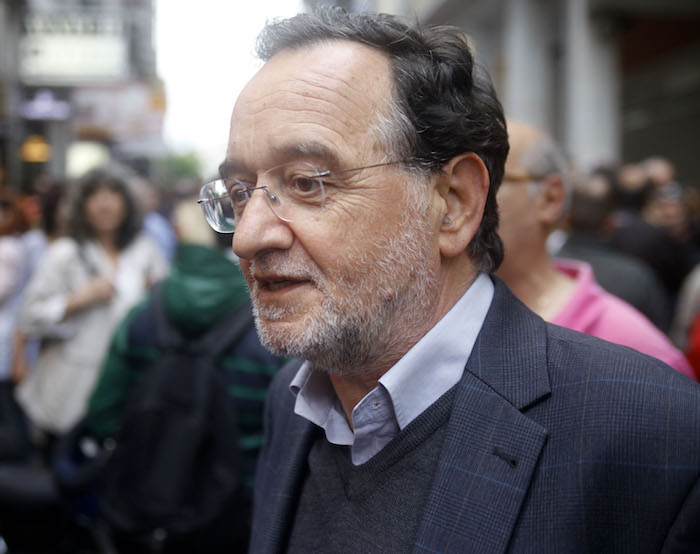 The Greek government defended the country’s new rescue program on Thursday, commenting on the decision of SYRIZA Left Platform leader Panagiotis Lafazanis to announce the “social and political formation” of a “unitary movement” against the Memorandum.
According to government sources, “Panagiotis Lafazanis’ decision to announce the formation of a new Greek political entity today, finalizes his decision to choose a separate path from the Greek government and SYRIZA, before even the emergency congress that was agreed between the two sides.”
And the same sources added: “However, since Panagiotis Lafazanis justifies his willingness to form a new political entity, citing his devotion to the SYRIZA pre-election commitments, as well as the outcome of the recent referendum, we need to remind Greek citizens that Greece’s return to the drachma, “drachma with a Memorandum,” as we can call his central political objective, even though it constitutes Wolfgang Schaeuble’s main position, it was never SYRIZA’s pre-election commitment.”
“As for the outcome of the referendum, everybody knows that the 62% of the “No” voters do not support the idea of exiting the euro, nor the return to the national currency,” they concluded.